Thiago Silva played down suggestions Paris Saint-Germain sent a message to the rest of Europe with their resounding victory over Real Madrid.

Angel Di Maria's double and Thomas Meunier's late goal helped PSG to a 3-0 win against Madrid in their Group A clash in the Champions League on Wednesday.

But, Silva insisted there was no message sent to rivals in Europe, praising his team for their display and lauding head coach Tuchel.

"This is not a message sent to the other European teams," the defender told RMC Sport.

"But it's true that we have mastered the game well, that we have prepared well, have been effective, strong and what's what you need to do, even in the league.

"You have to play like today, with the character, the personality and in the aggressive state. I have to congratulate the staff who prepared this match. We deserved to win 3-0."

Idrissa Gueye, who arrived at PSG from Everton in July, impressed during the clash at Parc des Princes.

The midfielder was happy to help the Ligue 1 champions to their win, telling RMC Sport: "Today, we played against a big club, it was important to win this game. It was important to start this competition well.

"My instructions? I cannot give the keys of our match, because there will be a return game. We will continue to work and then we'll talk about it again.

"The most important thing is to be on the field and help the team. I try to do the best I can and today it worked." 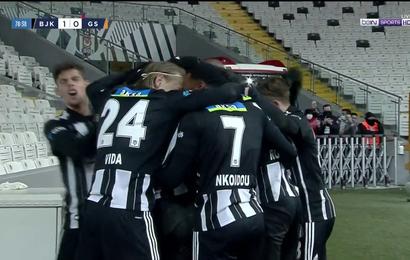