Barcelona midfielder Ivan Rakitic was delighted for Lionel Messi and said the star's Clasico winner should come as no surprise.

Messi completed his brace with a dramatic 92nd-minute strike to guide Barca to a 3-2 win over a 10-man Real Madrid at the Santiago Bernabeu on Sunday.

Rakitic, who scored in between Messi's double with a fine goal of his own, lauded the Argentina international.

"Messi cannot surprise anyone," he said, via Marca.

"You can put him anywhere and he can hurt teams.

"We are very happy for the victory and for him, because we need him."

Barca's win came after Casemiro had put Madrid ahead and James Rodriguez had dragged the hosts level following Sergio Ramos' sending off.

However, Messi's late goal brought the LaLiga title race back to life, sending Barca top – although Madrid have a game in hand and are level on points.

Rakitic said: "We deserved the victory and we are very happy,"

"We have shown that we have a lot of character." 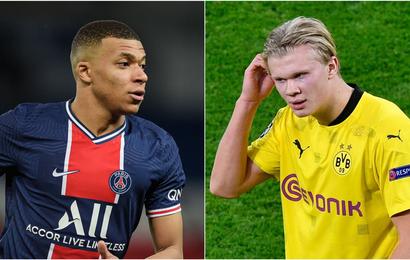