Zlatan Ibrahimovic claimed he would still score 20 goals a season in Serie A as he talked up his chances of a return to Italy's top flight.

Former Sweden striker Ibrahimovic was discussing his options for a next move as his LA Galaxy contract expires in December following the MLS playoffs.

The 38-year-old has been linked with a return to Manchester United, but he suggested Serie A, where he represented Juventus and both Milan clubs, might be his preferred destination.

"I am 38 years old and have the enthusiasm of a kid, with that same desire to win. That, for me, is everything," Ibrahimovic said.

"Italy is my second home. I will listen to all offers, but I want to fight for the maximum target. If I were to come back, I'd want to challenge for the Scudetto, not just be signed by someone because I am Ibrahimovic.

"I can still make the difference. I'm not a zoo animal to be put on display for people to see. I can still get 20 goals in Serie A."

Milan, who are 13th in Serie A with nine points from seven matches, would not appear to be an option, though, and Ibrahimovic picked out Paolo Maldini for criticism.

"Milan are a disaster. They're all talk and no action," he said.

"This is not the club everyone fell in love with, in Italy and all over the world. Perhaps there are too many wrong people who should be elsewhere.

"Paolo Maldini doesn't have what it takes to be a director, whereas in his playing career he was one of my all-time favourites."

Meanwhile, the striker revealed a mooted bet with former team-mate Lukaku, whose touch was maligned by some supporters during his time at United.

Ibrahimovic explained: "At Manchester United, we made a bet, 'I'll give you £50 for every decent first touch you make'. He replied: 'What do I win if I get them all right?'

"I told him nothing, he would simply become a better player. For the record, he never accepted the bet! Perhaps he was afraid of losing." 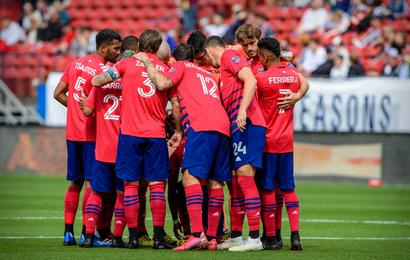