There was a further twist in the Erling Haaland transfer saga on Thursday with confirmation that the Norwegian's father, Alf-Inge Haaland, and agent, Mino Raiola, were spotted in Madrid.

The duo, who reportedly met with Barcelona president Joan Laporta earlier in the day, arrived in the Spanish capital to meet with Real Madrid president Florentino Perez about a possible transfer for the highly-rated Borussia Dortmund forward.

Mino Raiola is meeting with Real Madrid after Barcelona and the plan for #Haaland is so clear: talk with 5 top clubs interested, their projects, proposals and then decide for the future. It’ll be a long race.

BVB position: won’t accept less than €150m to sell him this summer. https://t.co/U6D8TyobWS

Haaland is reputed to have a clause in his Dortmund contract that would allow him to leave for €75million at the end of the 2021-22 campaign, although this has never been confirmed by club officials and Fabrizio Romano reports the Bundesliga giants would not accept anything less than €150m to let him leave this summer.

Next Marcelino: I Identify with Athletic's Philosophy
Read 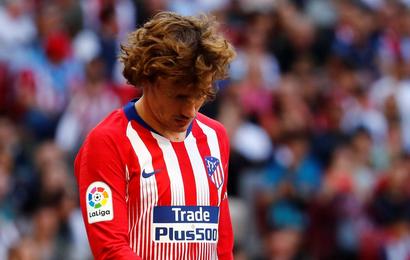