Atletico Madrid took a good look at Manchester United's plight on Thursday and not wanting to be outdone in terms of disastrous drama, Diego Simeone asked Ole Gunnar Solskjaer to hold his beer.

The Madrid papers are plastering dramatic headlines onto Friday's front pages concerning Atletico's Copa del Rey defeat to third tier outfit Cultural Leonesa. Atleti had taken the lead in the tie before being taken to extra time and eventually a defeat, to cap a fortnight that saw a Spanish Super Cup loss to Real Madrid and a lame league loss to Eibar to leave the Rojiblancos well off the pace in the title race.

The only realistic trophy left for Atletico is the Champions League. Unfortunately, the opponents are Liverpool. Rather than being a one-off sticky patch of form for Atletico, the defeat sums up a burgeoning theory that Simeone and his side might have become a little rusty after just over eight years in charge.

'Ney, ney, ney!' declared Simeone who faces two crucial local dust-ups in LaLiga against Leganes on Sunday and then Real Madrid the following weekend to either dig a deeper hole for himself and his team or begin a course correction.

"I have the same desire to work as every day since I arrived," declared Simeone on Thursday night. The problem is whether everyone else around him feels the same way.

The Sports Burst live show will be pondering this question along with everything else in the world. Head to our beIN SPORTS USA Facebook page and Youtube channel at 12PM ET.

In rather lovely timing, Ole Gunnar Solskjaer himself spoke on Friday, two days after looking broken and bereft after a Burnley battering left the world pondering not if, but when the Norwegian would be fired after leading Manchester United to a historically bad start to the season.

The short rest seemed to have restored some pep's to Solskjaer's persona as he spoke ahead of a potential FA Cup disaster against Tranmere to declare that reports of his demise are misleading that that he has had "positive" conversations with his bosses. "When you start on something, you stick with the plan," declared the Norwegian.

No new clues on winter window signings were given by Solskjaer. However, there are smoke signals from Italy that a $20 million Christian Eriksen deal from Tottenham to Inter may finally be done and that a medical is imminent.

And here's a curious one. Lucas Paqueta, who was once a bright young thing at Milan might well be on the move to PSG, after the Brazilian reportedly asked not to be included in the team's squad for Friday's match against Brescia.

Meanwhile, Barcelona's search for a striker apparently rambles on with Valencia's Rodrigo Moreno - two goals from 17 LaLiga games - apparently the chosen one for a loan deal to cover the loss of Luis Suarez.

Coincidentally - and the probable source of the story - Valencia are playing Barcelona on Saturday at 10AM in a huge game that is live, live, live on beIN SPORTS.

After weeks of declaring crisis, doom and gloom - although there is a fair amount of it to come - it's time for Sports Burst to greet the weekend with a story of joy, vim and zest. And that's pretty much how to encapsulate Coco Gauff at the moment, arguably the most sensational young sports star on the planet.

When you upset the upset 🤷‍♀️

Friday saw another a breakthrough moment for the 15-year-old after the American beat Naomi Osaka in the third round of the Australian Open. Gauff took just 67 minutes to defeat the defending champion with a 6-3 6-4 victory. "Honestly, like, what is my life?" beamed Gauff who is set to move into the top 50 world rankings, nearly two months ahead of her 16th birthday.

In what feels like an admittedly cliched baton-changing moment in US tennis, Friday's Melbourne action also saw Serena Williams defeated in the third round by Wang Qiang in a result that came very much out of the blue.

When you upset the upset 🤷‍♀️

Williams had been in fine form both going into the tournament with an ASB Classic win and breezing through the first two rounds of the Australian Open.

However, Williams was knocked out in a 6-4, 6-7, 7-5 loss to her Chinese opponent to leave the American GOAT fuming over her performance. "Far too many errors to be a professional athlete," declared Williams.

"I can't play like that, I literally can't do that again," continued Serena who will have to wait yet further for a record-equalling 24th Grand Slam win. 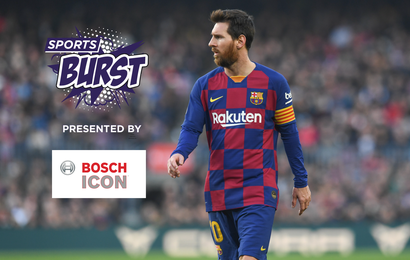