Eden Hazard is one of the world's most gifted players but lacks the ambition to be the best, according to Filipe Luis, with the former Chelsea defender revealing the Belgian did not train well and would "be playing Mario Kart" five minutes before games.

Luis, who worked alongside Hazard at Stamford Bridge in 2014-15, lauded the Real Madrid forward's mercurial genius in an interview with The Guardian ahead of Tuesday's Champions League last 16 clash between Chelsea and Atletico Madrid.

“Eden, along with Neymar, are the best players I have ever played alongside – up there with Messi, winning games alone”, the Brazilian said.

"He didn’t run to defend much, didn’t train well, and five minutes before games he’d be playing Mario Kart in the dressing room.

"He trained and warmed up laces untied. But he’d go out and no one could take the ball. He’d dribble three or four. If opponents got too close, he’d just pull away, so powerful.

"Maybe he lacks the ambition to say ‘I’ll be the world’s best’, because he could be. For talent, the best."

Hazard has struggled with fitness and form since joining Los Blancos in 2019 as a club-record signing.

The Belgium international has made a paltry 13 appearances across all competitions this season. 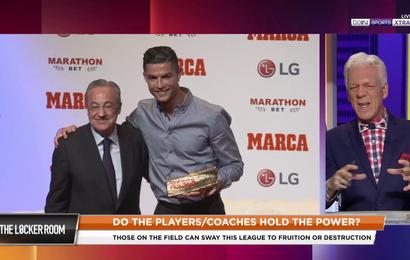