Former Real Madrid president Vicente Boluda has announced he will stand against Florentino Perez in the next elections.

The Valencian businessman, a member of the club since 1998 and briefly president in 2009, intends to run against the incumbent Perez in 2021.

Perez, who took over from Boluda in 2009 after the latter had taken office temporarily following Ramon Calderon's resignation, was re-elected unopposed for a new four-year term in 2017.

"Real Madrid have a president who is doing really well," Boluda said at a business event in Valencia on Monday, according to Cadena SER.

"It's another thing that, next year, there will be new elections and I want there to be elections, and for that there have to be two candidates and one has to be different to the one that's there.

"I will present myself [as a candidate]."

Meanwhile, Perez has issued a call to Madrid fans to get behind the team for 2020 as the club looks to establish itself as "the most loved and admired sporting institution in the world".

🎄🌟 We wish you a very happy holiday season and a happy and prosperous new year! 🌟🎄#RealMadrid | #HalaMadrid pic.twitter.com/rPKpF7c2BH

"As we all know, Real Madrid is a universal feeling that unites millions of people around the world," he said via the club's website. "To our members and fans, I wish you a happy holiday season in the company of your families and loved ones.

"For this new year, I ask for health, work and happiness for everyone. We want the year 2020 to be a year of success and titles for our football and basketball teams. We will always keep in mind our motto of never giving up and we will continue working with the same enthusiasm so that Real Madrid continues to be the most loved and admired sporting institution in the world."

Madrid are two points behind LaLiga leaders Barcelona heading into 2020, while they have reached the last 16 of the Champions League, where they will face Premier League champions Manchester City.

Next Magisterial: How Good Are Real Madrid?
Read 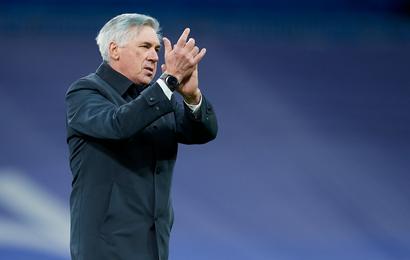