Italy and France have done it.

England and Germany still have some way to go.

But Spain is ready to take the plunge.

La Liga looks set to be the third of the Europe's big beasts to wrap up its title race with Barcelona hungrily closing in on another win like Cristiano Ronaldo approaching a tanning booth.

Here comes the boring part - nope, not getting to Ernesto Valverde just yet. If Barca beats Alaves on Tuesday and Atletico Madrid lose at home to Valencia on Wednesday, then the title is won.

If Barca win, but Atletico don't lose then the Camp Nou club will just need to beat Levante on Saturday instead to seal the deal.

Right, onto Valverde. Let's have a look at what he said ahead of the game for some bone-chilling hot-takes.

That match will certainly have some fine warm-ups with a couple of games involving the relegation battle. The very doomed Huesca hosts Eibar whilst Real Valladolid takes on Girona in what will be a nervy affair.

The Sports Burst live show will peer into all the day's big stories on our beIN SPORTS USA Facebook page with Gabrielle Amado and Kevin Egan.

Well, Manchester United has certainly got itself into quite the mess, just a matter of weeks of setting a fantastic future, marshaled by Ole Gunnar Solskjaer in a carriage of glory pulled by a fleet of glittering unicorns that poop Starbursts.

The weekend's epic 4-0 EPL loss to Everton cemented the feeling that the malaise at the club under Jose Mourinho is still lingering, when the business of finishing in the top four was still to be completed.

Paul Pogba has admitted that the players "did not respect ourselves, the club or the fans," in the defeat, while Solskjaer talking today ahead of Wednesday's derby against visiting Manchester City promises that the summer will not see a complete clear-out of the locker room. "You can see the Man Utd DNA in many of these players," said the Norwegian.

While United play on Wednesday, Tottenham is in action today. Despite losing to Manchester City on Saturday, the weekend went fairly well for Spurs with all of the team's rivals for the top four places dropping points as well.

The cuddly, snuggly and all-round dreamboat Mauricio Pochettino has the chance to build a basecamp in third with a home match against a struggling Brighton.

Where will Icardi-B next season?

Mauro Icardi has a new suitor.

Rather than going to Atletico Madrid which was expected over the summer, the unwanted Inter striker may actually be in a position to win trophies instead by heading to PSG to replace Edinson Cavani for a fee of over $70 million.

Manchester City has also reportedly found its replacement for the aging Fernandinho. Again, the story involves Atletico Madrid with the club's midfielder Rodri being the target of a possible $78 million bid this summer.

Pep might want to have a look at the talent in South America as that's where a load can be found in Copa Libertadores action this week in matchday five, when matters get very serious for some big clubs. And it's all live on beIN SPORTS.

A big beast from Brazil, Gremio, has an absolutely must-win match away at table-topping Libertad at 6PM ET / 3PM PT, just one of six thrill-seeking ties across the network.

Next Coutinho: "It Would Be Nice" To Play With Neymar
Read 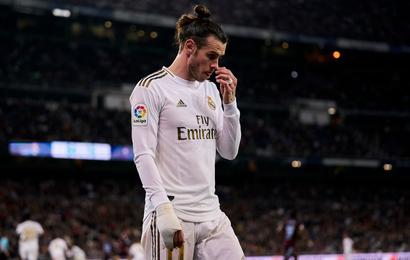 Bale Out Of Real Madrid Squad To Face Levante 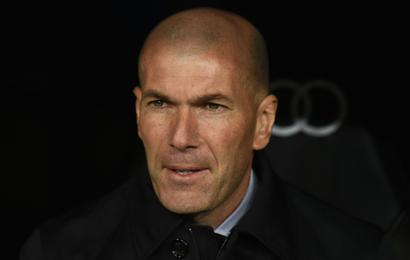