Nicolas Anelka has revealed that he “hated” life at Real Madrid and wanted to make a permanent move to Liverpool after his year-long loan at the club.

The former France striker spent a year in the Spanish capital after joining from Arsenal in 1999, but managed just two goals in 19 LaLiga appearances and a further two in 10 Champions League matches.

Anelka ended up returning to Paris Saint-Germain but was loaned to Liverpool for the 2001-02 campaign, netting four Premier League goals as the Anfield outfit finished second in the table, and Manchester City snapped him up that summer.

He admits in a new Netflix documentary that he wanted to stay with the Reds a bit longer, while life at Santiago Bernabeu was unbearable.

ANELKA: "I OPENED THE DOOR" FOR MBAPPE

"Liverpool fans think I didn't want to stay,” he said.“They need to know that that wasn't the case. That episode was tragic for me. It's a club where I could have done great things."

On his spell in Spain, he added: "I understood what it meant to be a star when I joined Real Madrid, and I hated it.

“After the press conference, I went to the changing room. I got there first, sat down, but players kept coming up to me and saying: ‘That's my spot’. I would say: ‘Oh, sorry. Can I sit here?’ and then another player would come up and say: ‘That's my spot’.

“It happened maybe 20 times. I just thought: ‘What am I doing here? This is going to be hostile’. What I experienced that day was just the beginning of the nightmare.

“There were sacrifices to be made and I was too young to understand. There was so much pressure. I was in the press every day. On the pitch, things weren't great. I couldn't have a private life. I couldn't do anything.

“You're 20, you can't walk down the street. Everything you do gets talked about, everything you buy is in the newspapers the next day.”

Anelka also spent a season at West Bromwich Albion towards the end of his career, but  controversial "quenelle" celebration saw him suspended for five games and fined £80,000.

The 41-year-old says his gesture was a message to former coach Steve Clarke, rather than an anti-Semitic salute.

"I'm back in the team and the first game I play, I score. So I do this celebration," Anelka said. "People don't know it because I never wanted to talk about Steve Clarke, but when I do the quenelle, it's for him. For me, it wasn't anti-Semitic, so I was surprised." 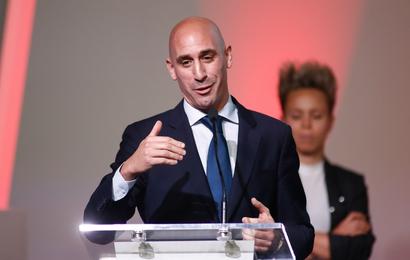