Benfica won at home 2-0 thanks to Gilberto and Yaremchuk's goals.

Benfica have qualified for the knockout stages of the UEFA Champions League for just the sixth time, and the first time since 2016-17, never reaching further than the quarter-final stage.

Only in 2007-08 (0) did Dynamo Kyiv earn fewer points within the UEFA Champions League group stages than their one point this season, whilst their tally of one goal (matching Malmö FF) is the lowest by a team in the competition’s group stages since Galatasaray in 2019-20.

Benfica stormed into a 2-0 lead with both goals coming inside 22 minutes, the earliest the Portuguese side have gone two goals ahead at home in the UEFA Champions League since November 2006 against FC København (16th minute). 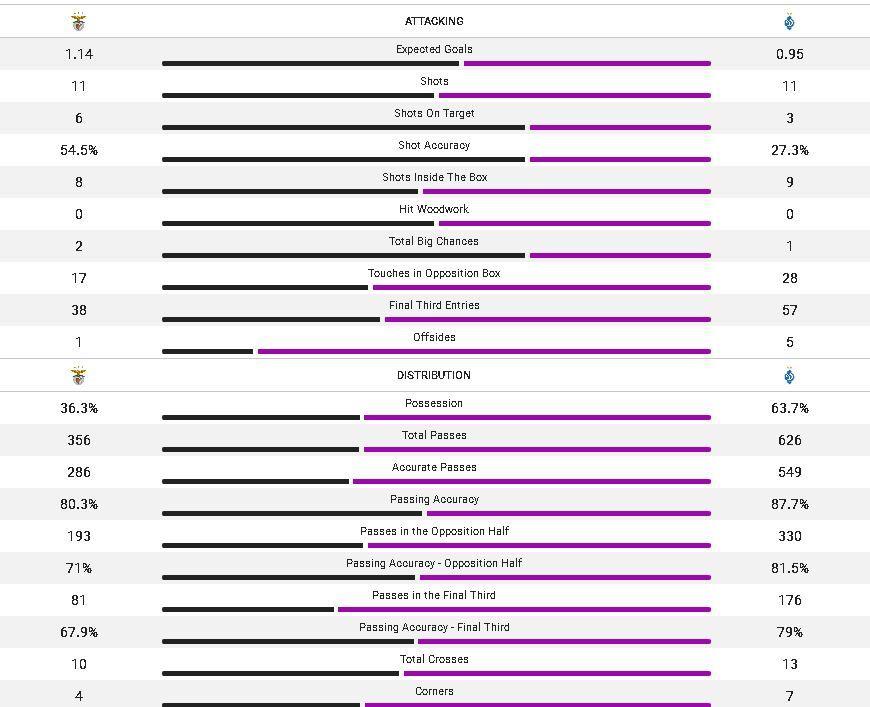