Monday's Sports Burst live show was praising Cristiano Ronaldo to the heavens, lauding his non-egotistical attitude to Kylian Mbappe when having a kick-about with the French World Cup winner during the recent Portugal and France match.

The thought was that Ronaldo was offering some sage advice to Mbappe who is still just 21-years-old on managing a top soccer career for a decade-and-a-half and posting a set quota of moody topless shots to social media each week.

Indeed, the same treatment was handed out to 17-year-old midfielder, Eduardo Camavinga, who was as pleased as punch to be given Ronaldo's jersey after the game declaring that he would never wash it, even though Camavinga did not get onto the pitch during the match.

Tuttosport opines that Ronaldo was not merely having a fatherly chat with the dynamic French duo.  Oh no, the Juve man was working undercover for king and country trying to recruit both players for Juventus in the near future.

That would certainly be alarming news for one of Cristiano's former clubs, Real Madrid, who are reportedly eyeing both for a swoop next summer. Looks like they are going to have to send out Sergio Ramos on international matches with a set of brochures and bags of Real Madrid goodies from the gift shop to compete.

Both Camavinga and Mbappe will be in action on a Fantastic French Friday on beIN SPORTS with league-leading Rennes relishing a clash at Dijon at 1PM ET while PSG takes on Nimes at 3PM ET.

The UEFA Nations League continues on Tuesday. And Wednesday. One man who probably won't be watching is Arsene Wenger, with the former Arsenal coach declaring that the tournament should be scrapped.

Ordinarily, those comments wouldn't really matter. The thing to remember though is that Wenger is currently FIFA’s Chief of Global Football Development - a fairly influential role. The Frenchman's idea is to have a rotating World Cup and European Championships every two years instead with qualifying for the tournaments taking place in a month.

"We need to have as few events as possible," added Wenger.

At this point, Sports Burst would like to note that the FIFA bigwig wasn't talking about the bags of fun which are the South American World Cup qualifiers which have a full roster of five games on Tuesday night in match day 2 on the road to Qatar.

And one of them is free, free, free to anyone who wants it in American on beIN XTRA. That game is Venezuela against Paraguay at 6PM ET. 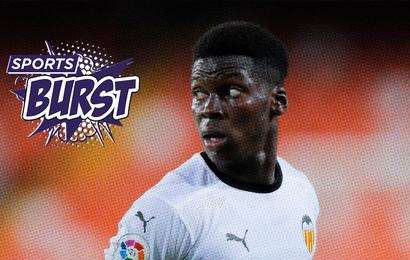