However it works out it is going to be awkward. Very awkward.

According to La Gazzetta dello Sport on Tuesday, Cristiano Ronaldo is going to have a couple of tasks to fulfill with Juventus next week when the forward returns from international duty with Portugal.

The fallout from what has been interpreted as having a bit of an attitude after being substituted 55 minutes into Juve's match against Milan continues to have repercussions, the kind that probably wouldn't exist if it was Adrien Rabiot for example who strutted off down the tunnel, into the locker room and out of the stadium before the match was over.

La Gazzetta is reporting that the Serie A side is both going to coax Ronaldo into a meeting with former player and club suit, Pavel Nedved, who will then persuade CR7 to apologize to his teammates.

Good luck with that.

The only noise from Ronaldo's camp is an Instagram post on Monday mumbling of "difficult match, important victory," against Milan. At least it wasn't accompanied by a topless image of the player, for once.

Former Juve midfielder and current OGC Nice coach, Patrick Vieira, has also opined on the situation and linked Ronaldo's reaction to a campaign where the footballer has struggled for both fitness and form.

"When a player like him stops scoring, there will be some frustration," noted Vieira who also gave a warning to Ronaldo that "at Juventus, the club is the real star."

There are other repercussions afoot where club matters have spread into issues of country.

On Monday, the English FA made the decision to drop Manchester City forward Raheem Sterling from the squad to face Montenegro on Thursday in a potentially clinching Euro 2020 qualifier.

We can confirm that @sterling7 will not be considered for Thursday's #EURO2020 qualifier: https://t.co/dsVfgitdSm

The move follows "a disturbance in a private team area" between Sterling and Liverpool defender, Joe Gomez. The pair had an on-field confrontation in Sunday's Premier League clash between Liverpool and City.

Tuesday sees Sterling admitting through the medium of social media that "emotions got the better of me" during a "five to ten second thing." The fantastic news from the pair is they are now "good."

beIN SPORTS has a bumper week of international coming up including the start of the AFCON 2021 qualifiers which gets underway on Wednesday with Cameroon hosting Cape Verde.

On Friday, it's the small matter of Brazil against Argentina with Leo Messi returning (again) to the Albiceleste fold from suspension.

Tuesday is likely to see the Madrid press going apoplectic over the sight of James Rodriguez and Gareth Bale training at full speed with their countries. In theory, that is tremendously good news for Madridistas and a promise that both midfielders are ready to give their all in La Liga for their beloved Real Madrid.

However, the sight of James and Bale training and playing with Colombia and Wales respectively needs to be partnered with the not-so hidden suspicions from Coach Zizou on Friday that the pair are not exactly showing the same enthusiasm for participating in footballing activity with Real Madrid.

Marca's front page on Tuesday has the ever so slightly sarcastic headline of 'Miracle of Wales' with a picture of Gareth Bale with both thumbs aloft in joy and looking as vibrant as a lamb in spring.

The Sports Burst live show will be all over this and everything else at 12PM ET. Just head to our beIN SPORTS USA Facebook page to also have your say.

Next Sports Burst - Where Next for Modric and Rakitic?
Read 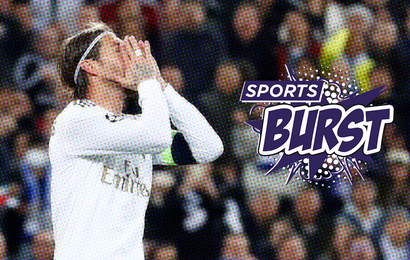 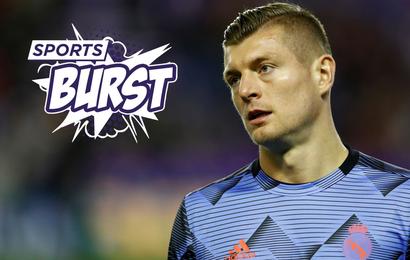