In the space of just a few minutes on Friday morning, Coach Zizou squished three juicy transfer rumors under his fancy, French heel.

Talking ahead of Saturday's Santiago Bernabeu battle against Valladolid, Zinedine Zidane, poo-pooed the week's rumors that Keylor Navas would be going to PSG, or anywhere else in particular, due to the Costa Rican's ennui at sitting on the Real Madrid bench.

"I can't imagine the team without Keylor Navas," admitted Zizou, " I am not thinking about his exit. Keylor has not told me that he wants to leave."

Gareth Bale also received a vote of confidence with the Real Madrid boss praising the Welshman's defensive work in last week's win at Celta Vigo - "he's going to stay with us and we are going to count on him."

Even James Rodriguez got a boost with the Colombian potentially in line for a 'second' Real Madrid debut as replacement for the suspended Luka Modric in the Valladolid game that is live on beIN SPORTS on Saturday at 1PM ET / 10AM PT.

Zizou had nothing to say on Neymar despite the fact that there are reports that Real Madrid's big cheeses are in Paris negotiating a move for the Brazilian, purely to annoy Barcelona rather than for any footballing reasons.

Meanwhile, Sport is reporting that Barcelona are going to make another offer to PSG which might involve offering up half of the Camp Nou squad in return for Neymar.

The Sports Burst live show will look ahead to the weekend to come. Just head to our beIN SPORTS USA Facebook page at 12PM ET / 9AM PT.

It took about four months of haggling by Napoli but the southern Italian side have got there in the end.

Marauding Mexican midfielder, Hirving Lozano, has officially signed up with the Serie A outfit on a five-year deal, a day ahead of the club's season opener at Fiorentina, who might be showing off Franck Ribery for good measure.

While the appearance of both Lozano and Ribery in Saturday's match are in doubt, Juventus knows for certain that Coach Maurizio Sarri will be absent for the next two matches at least as the newly-installed Italian recovers from a bout of pneumonia.

The defending champions are at Parma on Saturday and are fairly strong favorites to pick up a ninth Scudetto in a row although there may be half-hearted challenges for the crown from both Napoli and Inter.

A southern Spain sizzler in La Liga and Tyler in Turkey

It's Friday and La Liga is back, back, back on beIN SPORTS - the proud, magisterial home of the greatest league in the world.

Match-day 2 kicks off with a double-header starting with a fiery Andalusian derby as Granada, newly-returned to the top-flight, takes on a much-changed Sevilla team that is now marshalled by former Real Madrid coaching victim, Julen Lopetegui.

That gets underway at 2PM on beIN SPORTS CONNECT / SPANISH and is followed directly by Levante hosting a Villarreal side that scored four in its season debut last weekend...but conceded four at the same time.

The main beIN SPORTS channel is bringing a slice of the Turkish Super Lig your way. Besiktas, home of USMNT striker Tyler Boyd, are hosting Goztepe after a horrendous opening day match which saw a 3-0 defeat. That gets underway at 1:30PM ET / 10:30AM PT.

The Premier League is offering up Aston Villa taking on Everton and the Bundesliga also gets its weekend underway with Borussia Dortmund looking to continue a very sprightly start to the season with a visit to Koln.

On this side of the pond, rivalry week continues tonight in MLS with Orlando City SC hosting Atlanta United and the Portland Timbers taking on the Seattle Sounders in the Cascadia Cup.

Next Sports Burst - Ney Way Out for Neymar?
Read 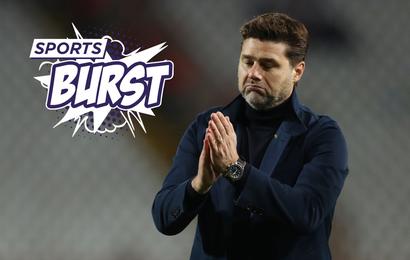 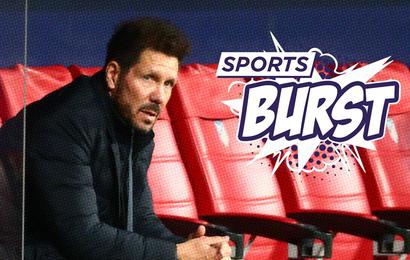