Not quite in the 'put the entire dastardly plan on a wall for the Feds to find out' movie scenario. But it's getting there.

Atletico Madrid's move for young forward, Joao Felix, for an eye-watering $143m figure has been confirmed by Benfica. It's a whopping sum for a fairly unproven but talented 19-year-old.

However, by happy coincidence it largely matches the figure of Antoine Griezmann's buyout clause with Atletico Madrid after July 1st, a day which is reportedly is due to take place this weekend.

And that's when the magic begins. The Griezmann clause is paid, the Rojiblancos then bring in Felix and somewhere over in Brazil, Philippe Coutinho begins to look a little nervous about his Camp Nou future. And probably goes to Benfica.

Of course, that may only be part one of the grand Barcelona plan this summer. The Griezmann move would merely be a trailer for the blockbuster event - Neymar.

The Sports Burst live show with our Gabrielle Amado is going to be very excited indeed about all this. Just head to our beIN SPORTS USA Facebook page at 12PM ET / 9AM PT.

Elsewhere on the transfer trail and Real Madrid is set to do a bit of business by offloading another not-needed midfielder for a significant amount of money. Marcos Llorente has already been moved to Atletico Madrid for a fee believed to be around $34 million.

Mateo Kovacic looks set to make a loan spell with Chelsea permanent today for $50 million. Add those together, and that's Eden Hazard about three-quarters paid for without any loss to the squad.

Back to Barcelona again and the club has completed a goalkeeper swap with Valencia by bringing in the Brazilian, Neto, to warm the bench for Ter Stegen next season. Jasper Cillessen completed the first leg of the journey on Tuesday.

Manchester United are going all on England and Crystal Palace rightback, Aaron Wan-Bissaka for $63 million. It's a move that will increase the 21-year-old's wages eightfold in one day. Which is nice.

Post to Post: The Soccer Show will wrap up the day's best deals. Just head to our beIN SPORTS Facebook page at 12PM ET / 9AM PT.

Copa America! You've been gone so long! Well. Two days anyway, but the competition is back, back, back on Thursday with the first of the quarterfinal stages.

The hosts Brazil are first up with a clash against Paraguay. On paper and on grass it should be a straight pass to the final four for Brazil after Tite's team finally seemed to click into gear in the final round of the group stages.

In delightful symmetry, the Women's World Cup has also reached the quarterfinal stages. First up, it's Norway taking on England. The winner of that clash will take on either the USA or France in the semifinals in what is turning out a tough bracket indeed.

Need to spin back a second here to note that the USMNT defeated Panama 1-0 in the final Gold Cup group game on Wednesday. Jozy Altidore popped up with the winner. The US will be taking on Curacao on Sunday. Mexico will face Costa Rica the day before.

AFCON 2019 was a bag of fun on Wednesday with Mohamed Salah getting off the scoring blocks with a goal in a 2-0 win against Congo DR to put the hosts into the next round after two victories.

There are three games on the ticket today starting with Madagasgar taking on Burundi. Coverage gets underway at 10AM ET / 7AM PT.

That is followed by a game-azo as Senegal faces Algeria. In superstar terms, that Liverpool's Sadio Mane against Manchester City's Riyad Mahrez. The day is wrapped up by Kenya taking on Tanzania. 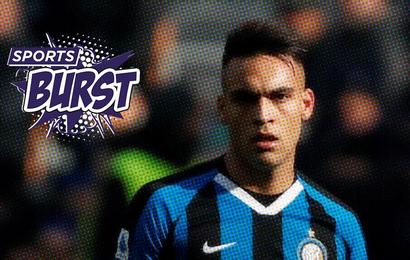