A third attempt to sign a replacement for Neymar might be going down the same path as the second attempt - badly.

But the first attempt might end up being the best. Confused? Barcelona certainly are. And so is Sports Burst.

Although Barca eventually prevailed in the team's 2-1 win against Inter in the Champions League on Wednesday in the Camp Nou - Lionel Messi blames poor preseason preparations for the team's slow start to the season - the signs are worrying that Griezmann simply isn't going to fit in when Leo Messi and Luis Suarez are on the pitch.

Barca noticeably improved when the Frenchman came off after 66 minutes at the Camp Nou to be replaced by another Frenchman, Ousmane Dembele, the first Neymar replacement. Indeed, Thursday's 'Sport' writes that "the player is a luxury that the team cannot afford."

That luxury cost $120 million and Griezmann is now in a sort of 'friend zone' that Philippe Coutinho found himself in - obvious quality, useful to have around, but not offering the passion and panache needed to go properly steady with Barcelona.

That eventually saw the Brazilian shipped out to Bayern Munich where he has a flourished at a team that actually had a plan for what do with the playmaker.

At least Messi opened up on Wednesday to respond to the confession from Griezmann that himself and the Argentinean do not communicate a great deal. "Obviously we have no problem," said Messi warmly.

The Sports Burst live show will be all over whether Griezmann really is the new Coutinho for Barcelona. Just head to our beIN SPORTS USA Facebook page at 12PM ET for all the fun.

But meanwhile, please sit back and enjoy the highlights of a fine Brazilian battle in the Copa Libertadores last night which saw Gremio and Flamengo finely balanced at 1-1 in the first leg of their semifinal clash.

Thursday's edition of Marca is suggesting that the winter transfer window might just be as downright thrilling as the summer edition. If you happen to like spurious gossip that is.

A bungled summer of spending that left Madrid with a bunch of players who are either not performing (Eden Hazard) or barely featuring (Luka Jovic) or playing under duress having been unwanted at the start of the summer (Gareth Bale, James Rodriguez). All for the cost of $202 million.

Marca reports that Madrid are going to carefully plot a strategy in January to bring in the exact, precise players needed to bring home a treble. Or basically do a scattershot campaign and pick up other club's grumpy castoffs (Christian Eriksen) or be forced to pay double for star footballers in the middle of the season (Donny van de Beek).

Meanwhile, Thibaut Courtois is expected to be back in training for the rest of the week for Madrid ahead of Saturday's home clash against second place Granada that is live, live, live on beIN SPORTS.

The Belgian had a sudden funny turn of the tummy in Tuesday's Champions League draw against Club Brugge and had to stand down at halftime.

It’s Thursday which means Europa League time – soccer’s equivalent of Modern Family, popular in some quarters but most of the world are unaware it is going on.

Still, it’s a good time to chuckle at Manchester United and Arsenal once again as they hack through the second-best teams Slovenia has to offer.

A scientific study in the office suggests that only three matches of the 32 being played are worthy of consideration today and one of them only involves Manchester United and the comedic value of losing to AZ Alkmaar.

Paul Pogba will be missing through a thigh injury and Ole Gunnar Solskjaer is already unhappy at the artificial pitch his players will be on. "One of the worst ones I have seen in a long while," sniffed the Norwegian opening a literal turf war.

Sports Burst is cheering on Luxembourg outfit, F91 Dudelange, to see if the team can make it two wins from two in a matchup against Qarabag.

Football-football is back with a Thursday night matchup which sees the LA Rams at the Seattle Seahawks. Both teams are 3-1 for the season but hugely leaky so could break a tradition of plodding Thursday night fare. 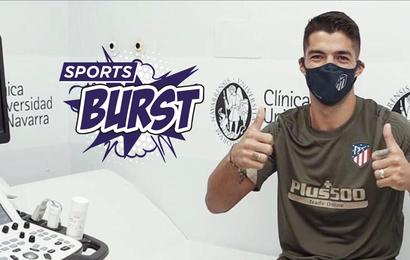 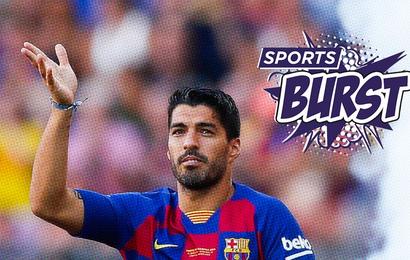 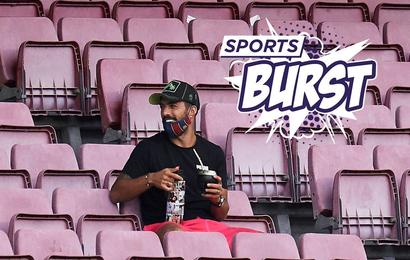 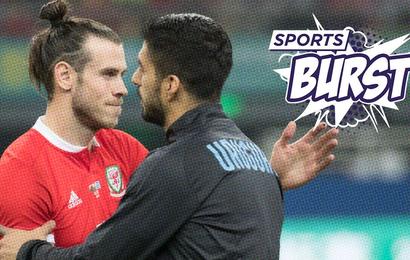 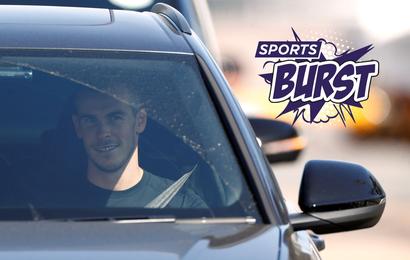 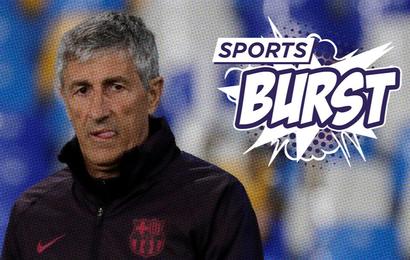 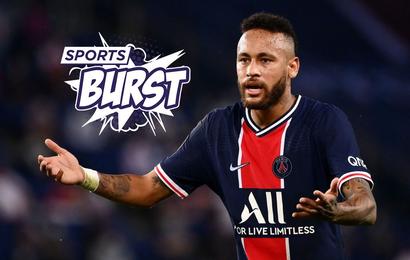 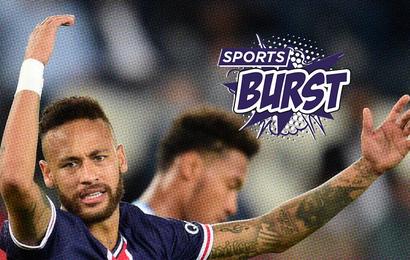