Would Chicharito starting for Sevilla in Thursday’s matchup for his club be an insult or an honor? It’s a chin-stroker indeed.

In the positivity corner, Chicharito lining up in the Sanchez Pizjuan for the much-loved Europa League anthem – ‘O, cui aeterna gloria? (Oh, who gets the eternal glory?)’ - would show that Coach Lopetegui has faith in the Mexican striker despite a haphazard display in LaLiga on Sunday. Then again, the start would be in the Europa League – the contest to find Europe’s best seventh-place team - against a side from Luxembourg, the very excellent F91 Dudelange. One for Aristotle to ponder on his cloud up on high.

That game is just one of 24 in the Europa League today. Manchester United have a delightful trip to play Partizan Belgrade in one of the stand-out matches, with the definition of ‘stand-out’ being stretched to breaking point.

Speaking of all things Europa, Europa and Ter Stegen has decided to speak out against his Barcelona teammates after what the German saw as a bit of a flat display in a 2-1 win at Slavia Prague in the Champions League on Wednesday.

Barca may be top of La Liga and the Champions League but that is not enough for the goalkeeper it appears. “We have to do some things,” said an intriguing Ter Stegen after the game, suggesting some locker room chats for Barcelona who are now off until next weekend due to the cancellation of El Clasico. “Long faces and bad moods,” was the description in ‘Sport’ of Barcelona’s plane on the way back from the Czech Republic on Wednesday night.

Might as well stay on the subject of El Clasico, and unfortunately the world is no nearer knowing when the postponed match will be played. It was supposed to be on Saturday. But it isn’t.

Barcelona and Real Madrid want Wednesday 18th December. The Competition Committee – made up of a representative of La Liga, the Spanish Federation and a neutral arbitrator voted for the 18th December. However, La Liga has announced that it will appeal the decision of a group of which it forms a part. And yes, Sports Burst is aware that La Liga is supposed to be ‘LaLiga’, but it is correcting this grammatical outrage today in protest to the protest.

Speaking of adulting in the soccer world, FIFA will be hoping that there will be no full-throated support of the people of Hong Kong via Twitter from Leo Messi, as China have been named as the hosts of the 2021 Club World Cup. The thing that makes this tournament different is that it will feature 24 clubs from around the world, rather than the current seven. "It is the first real and true World Cup where the best clubs will compete," boomed Gianni Infantino despite European clubs saying that they will boycott the competition.

The Sports Burst show will pour over whether the world needs a giant Club World Cup. Just head to our beIN SPORTS USA Facebook page at 12PM ET / 9AM PT.

He scored a load of goals. 30 this season alone.

He insulted teammates, opponents, and everything to do with MLS. But everyone loved Him. Even MLS, often the most sensitive of buttercup souls.

However, Wednesday night could be a farewell for King Zlatan of LA Galaxy who might well be playing His final game in the US of A.

LA Galaxy are at LAFC in 'El Trafico', a one-off play-off match pairing the two teams together to see who progresses to the conference final.

Should the Galaxy prevail - the team usually does in this very short-lived rivalry - then Sports Burst can simply rehash the story about Zlatan leaving MLS next week. But should Galaxy lose out to LAFC, then the super Swede might well make His departure from the league for a final European adventure.

Both Napoli and Fiorentina in Serie A have arms open for Zlatan. Even Manchester United might consider His return.

Such is the buzz over Zlatan's future that even Bob Bradley, the coach of LAFC, Zlatan's opponents tonight was asked about it to leave him somewhat perplexed.

"When Barcelona plays Real Madrid, I don't know how many questions Barcelona gets about Cristiano Ronaldo. But they probably didn't answer any of them. Alright? And I'm not answering any of them. So there we go."

The winner of El Trafico will face Seattle Sounders who defeated Real Salt Lake on Tuesday night. Toronto FC prevailed over NYCFC in Tuesday's other conference semifinal clash to set up a match-up against either Atlanta United or Philadelphia Union who also play on Wednesday.

Some other rather big soccer business was taken care off on this side of the Atlantic on Wednesday night. Flamengo comfortably crushed Gremio 5-0 in a Copa Libertadores semifinal second leg to move through to a Brazil v Argentina affair against River Plate. 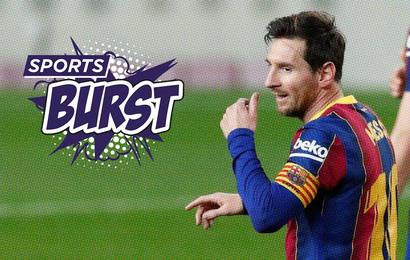