Although Atletico Madrid have been positively bursting with goals of late - four in two games, which constitutes an avalanche of joy for the Rojiblancos - it looks like that the club is going to get another boost in the goal-scoring department.

Sky Italia is reporting that Edinson Cavani and Atletico Madrid have agreed terms for a transfer to the Wanda Metropolitano on a three-year deal. That deal could kick in as early as the January winter window.

Cavani is out of contract with PSG in June and will be a free agent. However, a lack of playing time at the French club sees the 32-year-old with just four starts in Ligue 1, with Mauro Icardi very much being the chosen number 9 at PSG.

While Alvaro Morata is currently delivering the goods for Atletico, the Spaniard's consistency is not exactly legendary. Diego Costa is a bit old and injured and Joao Felix is not producing the goals, which sees an early move for Cavani as a shrewd one.

However, PSG may not want to part company with a key player - even if the Uruguayan is on the bench - when a real go at the Champions League title is on the horizon in 2020.

The Sports Burst live show will be all over this one. Just head to our beIN SPORTS USA Facebook at 12PM ET.

Across Spain's capital city and Real Madrid could do with a regular goalscorer as well. If Karim Benzema is running cold as the Frenchman has done over the last two games, then there no-one else is chipping into the cause.

Sunday's goalless draw in the Santiago Bernabeu against Athletic Bilbao was a second in a row for Madrid after El Clasico, to leave Barcelona at the top of the table with a two-point lead going into the winter break.

Monday's Madrid papers in Spain are questioning why Mariano Diaz is being ignored by Coach Zizou. However, there are lots of other burning topics such as what's going on with Luka Jovic, Gareth Bale and the Brazilian pair of Rodrygo and Vinicius Junior.

Magisterial: The Ray Hudson Show will be all over this one at 7:30PM ET on beIN SPORTS preceded by Weekend Winners with Hope Solo at 7PM ET.

However, it's all first world problems for Espanyol at the bottom of LaLiga.

A loss to Leganes on Sunday sees the Pericos in peril and on Monday, Pablo Machin was let go as manager. Machin only took over at the beginning of October, but just a single win in nine LaLiga games has Espanyol...going in another direction.

Carlo Ancelotti spoke for the first time on Monday as the new Everton manager. Unfortunately, one of the lead topics was something that was all too familiar to him having coached recently in Italy - racism.

Sunday's Premier League encounter between Tottenham and Chelsea was held up by the referee after Chelsea defender, Antonio Rudiger, reported that he had heard monkey noises. Ancelotti said that "football cannot allow people to abuse others. Every federation in the world has to be strong against this," said the Italian.

As for the challenge of Everton, a team two places and three points from the relegation zone, Ancelotti promises to "give happiness to supporters."

That is unlikely to be with Zlatan Ibrahimovic in the ranks. The Swede has been linked with Everton of late - simply because Ancelotti is now at the club - and the club's new manager did joke that "maybe I will call him. If he wants to come to Liverpool he can enjoy. Not to play."

Staying with Zlatan and the player's statue has been vandalized yet again. The statue is located in the Swedish city of Malmo where the Zlatan played. However, since it was announced that he was becoming part owner of rivals, Hammarby, the statue has suffered the payback. This time, the nose was removed. 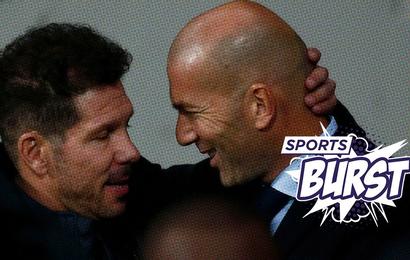