At one end of the country, down in the sweaty wilds of madcap Miami, two famous figures were slugging it out for the streaming-masses and earning an awful lot of money in the process. And probably more to come.

But both Logan Paul and Floyd Mayweather were left standing in the end. It was almost as if they were hoping to organize a follow-up event to double their money.

Up north, at the Empower Field at Mile High in Denver Colorado, only the USMNT were declared as ultimate winners after besting Mexico in a night that was equally as wild and only marginally less violent.

Although the CONCACAF Nations League may not be the most glamorous trophy to win, the prize for this game was irrelevant. The match against Mexico could have been fought over a box of Oreos and it would have been significant.

Firstly because it's against Mexico. Secondly, because all the talk of a fancy-pants, 'Golden Generation' team taken from the greats of European soccer - and Fulham - needed to be backed up with real results in matches that matter.

Well, it was mission accomplished on Sunday night with the USMNT ticking all the boxes in terms of spine and dealing with the pressure. The team came from behind twice against Mexico to take the game into extra time, scored a winning penalty through Christian Pulisic and then saved a late potentially equalizing penalty for Mexico with the back-up goalkeeper.

Tres a dos to the USMNT for a team where ten of the starting eleven all played outside of the US of A at Manchester City, Genk, Wolfsburg, Fulham, Galatasaray, Juventus, Barcelona, Borussia Dortmund, Werder Bremen and Chelsea. The only exception was midfielder Kellyn Acosta from the Colorado Rapids playing in his home club city of Denver.

Perhaps the only US performer not to deliver on the night were some of the crowd which threw bottles - and hit the targets - at players from both the US and Mexico at the end of game.

A team expected to be front-runners as World Cup hosts in 2026 lay down an early marker that it might be able to handle the overwhelming hype and pressure  to come.

PSG president, Nasser Al Khelaifi, has drawn a line in the sand and then build a hefty wall on top to prevent any kind of talk of Kylian Mbappe leaving PSG this summer for a fee, or leaving PSG next summer for no fee at all.

With much ado in the media about a transfer to Real Madrid - a move perhaps made less attractive for Mbappe with Coach Zizou's departure - Al Khelaifi declared to L'Equipe that "we will never sell and he will never leave on a free. Mbappe has everything he needs in Paris."

While there was very much a firm 'no' on an Mbappe departure, the topic of Lionel Messi heading to Paris on a free transfer this summer was definitely not a 'yes', but not necessarily a 'no' either. Messi is currently on duty in Argentina on a joyride of political protests and COVID in Colombia and Brazil and has been linked with PSG ever since he declared that he wanted out of Barcelona at the beginning of last season.

"All great players want to come to PSG," said the club's president, "I'm not saying that to answer you on Messi. It’s not possible to sign them all, since we have great players too."

So, you're telling me there's a chance?

As Sports Burst just noted, Messi has quite the tumultuous few days ahead of him to go with the past nine months which were more than a little choppy too.

Argentina are now in Colombia to play a World Cup qualifier on Tuesday, and protests are expected outside the game in Barranquilla, with political and social unrest rife in the country. In theory, Messi will then be heading to Brazil for a Copa America opener against Chile next Monday.

But the 'theory' part of that statement is key. Although the Argentinean federation declared fealty to South American governing body, CONMEBOL, by announcing that the national team would still take part in the hastily-moved tournament in Brazil, there are huge rumors that the players from the 10 teams will stage a boycott over fears of playing a tournament in a country facing a wave of COVID-19 cases.

A meeting with the Copa America organizers was held on Saturday with Brazil president, Jair Bolsonaro attending. The ten team captains were invited but did not attend. Brazil captain, Casemiro, had already said his teammates' viewpoint on playing in the Copa America would given on Tuesday night after Brazil's World Cup qualifier.

With less than a week to go, it is still not 100% certain that the Copa America will go ahead, or at least a version of Copa America with a 100% of the players turning up. 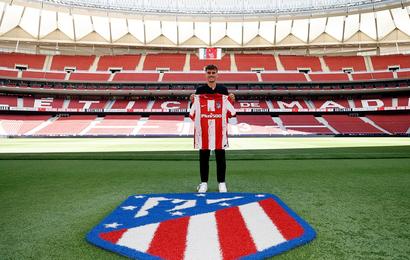