Jamie Vardy's record-breaking scoring run finally came to an end on Saturday, but a Riyad Mahrez hat-trick sent Leicester City back to the top of the Premier League with a 3-0 win at Swansea City.

While he was unsuccessful in his bid for more individual glory, Vardy had a hand in all three goals as Mahrez stole the show at the Liberty Stadium.

Mahrez broke the deadlock inside five minutes, inadvertently turning home a corner earned by Vardy that Swansea were unable to defend.

The winger's second was more aesthetically pleasing as he slotted home following excellent play from Vardy and N'Golo Kante.

And, after an improved start to the second half from the hosts, Mahrez completed his treble after capitalising on more fine build-up work from Kante and Vardy by firing in at the far post.

CLAUDIO: "Vardy didn't score, but he played for the team and the team is the leader. Great for our fans, who travelled a long way." #SwaLei

The win sends Leicester two points clear at the top and heaps more pressure on under-fire Swansea manager Garry Monk, whose side are four points above the bottom three.

Vardy played a key role in Leicester's first goal, as his pressure on centre-back Ashley Williams won a corner.

Swansea failed to deal with Marc Albrighton's near-post delivery from the left, with the ball deflecting in off the fortunate Mahrez.

Williams was struggling and his inability to cope with a Leonardo Ulloa throughball allowed Vardy to race through on goal, but Lukasz Fabianksi produced a fine one-on-one save to prevent the 28-year-old from matching Dunne's mark in the 17th minute.

Fabianski could do nothing to prevent Mahrez from doubling his tally five minutes later, however.

Mahrez latched on to Kante's cross-field ball after the French midfielder had linked up well with Vardy and beat Fabianski with a composed finish into the bottom-left corner.

Only another strong Fabianski stop prevented the Algeria international from completing his hat-trick following more good work from Ulloa.

Ulloa - in for Shinji Okazaki in Ranieri’s only change to the side that drew with Manchester United last week - failed to capitalise on another Williams error, curling narrowly wide of the far post in the 39th minute after Mahrez had beaten the Swansea captain to the ball on the halfway line.

Monk replaced Wayne Routledge with Jefferson Montero at half-time and only the crossbar stopped Swansea from getting back into the game as Ki Sung-yueng's header from Gylfi Sigurdsson's free-kick clattered against the woodwork.

But the game was put beyond doubt when Mahrez netted his third, the 24-year-old again the beneficiary of a surging run from Kante and Vardy's excellent turn and pass.

Vardy spurned two late chances - responding to the Swansea fans with a gesture to remind them of the scoreline after his second miss - before Sigurdsson hit the post at the other end on another frustrating day for Monk. 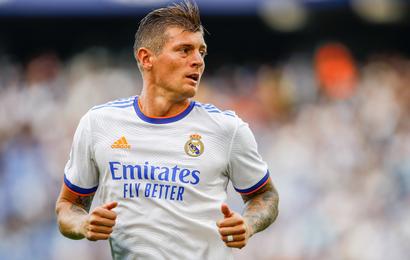 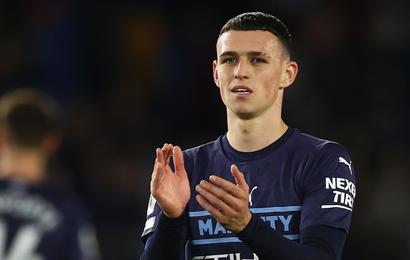