Ivan Rakitic says Luis Enrique's decision to quit Barcelona at the end of the season has come as a shock to the squad.

Luis Enrique announced after Wednesday's 6-1 LaLiga demolition of Sporting Gijon at Camp Nou that he will not continue after his current contract expires in June.

The 46-year-old is in his third season at Barca, winning eight trophies over his first two campaigns at the helm, and told the players prior to revealing his impending exit at a post-match news conference.

🔊 Ivan Rakitic: "First he [Luis Enrique] told the team about his decision. We want to end the season successfully and enjoy what is left" pic.twitter.com/GRkA4TAqaO

"He came into the dressing-room and told us that he will leave the team. We were all shocked. We didn't know anything.

"I wasn't expecting it, I thought he was going to stay. But the squad accept it and we wish him all the best.

​"We want to finish the season successfully, enjoy what is left of it and bring him the most possible titles.

"He has all of our support and hopefully he has a happy conclusion to his time here."

Rakitic added: "Now, calmly and with everyone together, we are going to work so that he finishes in the best way possible.

"His decision is clear and now there is peace of mind. We really are with the boss completely."

Rakitic scored the sixth goal for Barca in their emphatic Sporting victory. 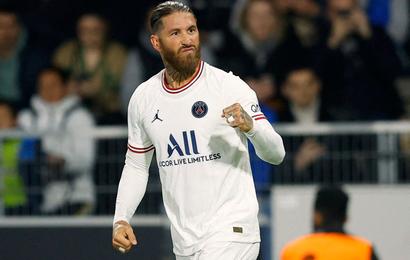