U.S. women's national team head coach Vlatko Andonovski has said he still has Megan Rapinoe in his plans despite the winger's extended absence from the field.

Rapinoe was not on the 27-player roster for the USWNT's October training camp, the team's first time gathering since March due to the coronavirus pandemic.

March was also the last time Rapinoe saw the field, with the OL Reign star having opted out of the NWSL Challenge Cup and Fall Series.

27 strong coming in for camp 💪

On a conference call Friday, Andonovski said the 2019 World Cup Golden Boot and Golden Ball winner also decided that this month's camp in Denver was not the right time for her to make her return.

"Of course we’re in constant communication with Pinoe," Andonovski said. "We had a good talk and Megan said that she didn’t feel like now was the right time to come back to the team, and had some physical concerns as well so we’ll continue to monitor her.

At 35, Rapinoe's future on the field is in doubt with the rescheduled Tokyo Olympics set to begin in nine months and the USWNT star increasingly focused on her off-field activism.

Andonovski, though, believes that Rapinoe still has plenty left to give on the field and has tipped her, along with the injured Carli Lloyd and other U.S. stars who missed the camp, to make an impact in the future.

"Yes of course," Andonovski said when asked if Rapinoe was in his plans for Tokyo.

"Megan Rapinoe and some of the other injured players like Carli Lloyd and the ones that are overseas, they’re all in our plans. We know that they still have some high-quality games in their feet."

The squad for the October camp will be entirely domestic-based, as players currently in the Women's Super League such as Alex Morgan, Tobin Heath, Rose Lavelle, Sam Mewis and Christen Press were left off the roster.

“For this camp, it just did not make sense for the players in Europe to leave their club environments, where they are getting quality training games, as they are just starting to get settled," Andonovski said in a U.S Soccer release on Thursday. 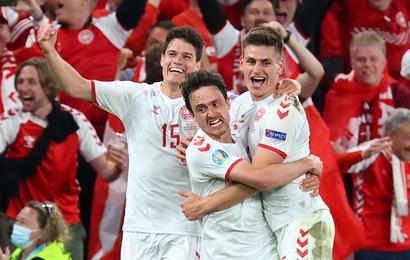