Dani Ceballos believes he would have risked becoming an Anfield misfit if he had chosen to join Liverpool rather than Arsenal.

The Spain midfielder swapped Real Madrid for the Gunners in a season-long loan deal last July, but only after weighing up the idea of playing for Jurgen Klopp's Champions League winners.

Ceballos reached the conclusion that his style of play would not have been the ideal fit at Liverpool, accepting Unai Emery's invitation to head to London instead.

"I was proud to have a club like Liverpool after me, but I chose Arsenal because of Unai Emery and how he was with me," Ceballos told Marca.

"Klopp is a great coach but you have to look at the playing philosophy of each team. Right now players of my philosophy of play would not fit in the best possible way in a team like Liverpool."

Liverpool's hard-grafting midfielders have helped the Reds pull 22 points clear at the top of the Premier League, and 42 points ahead of Arsenal, who are toiling in 10th place.

Ceballos endured a long spell out of the Arsenal team because of a hamstring injury and the attack-minded 23-year-old admitted he may have played too often in his early months at the club.

He thinks he suffered the blow "because of an excess of matches", explaining: "I'd played 17 games in two months; I was the only player that had played all these games."

Ceballos had told Emery he wanted to be involved in every fixture, but he looks back now and says: "Sometimes you have to learn from mistakes. I struggled with the injury, but you learn from everything."

He was powerless to prevent Emery losing his job in November, but says successor Mikel Arteta "is going to be a great coach" and possesses the qualities that "Arsenal need right now".

Asked about the change of coach, Ceballos looked back on the turbulent period at Arsenal and said: "I'm f***** on my part because I'd never been injured and annoyingly, I got injured at a time when the team started to unravel a bit.

"I was watching the Arsenal games and I saw that we were struggling, that we weren't winning and that we'd entered a dynamic where we were finding it tough to get points.

"I'm powerless and angry that I wasn't able to have helped the boss [Emery] and repaid everything he'd done for me." 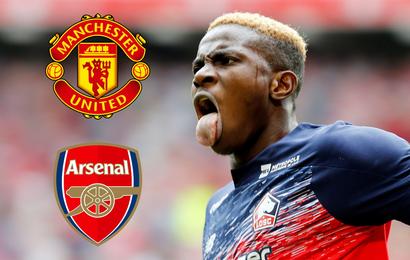