Edinson Cavani claims he received plenty of offers before accepting the chance to join an "incredible" club in Manchester United.

The 33-year-old striker, who left Paris Saint-Germain when his contract expired in June, completed a deadline-day move to United on a one-year deal with the option of a second.

The Uruguayan was one of four players to move to Old Trafford hours before the transfer window closed, as United, who had been hammered 6-1 at home by Tottenham a day earlier, also brought in Alex Telles, Facundo Pellistri and Amad Traore, who will arrive in January.

Cavani admitted he had considered retirement this year but now cannot wait to begin his career in the Premier League.

"I feel very motivated and I'm really keen to get started training with my team-mates," he told the club's website.

"But the best thing about it is that the club have shown their confidence in me by wanting to bring me in. I was really keen to come here. I'm very motivated by the idea of joining this great club.

"We did have a lot of different options, [even] at a time when things aren't so easy, neither in sport nor in the world in general. I was very attracted by the chance to play in English football, and what's more, for Manchester United, so that was a really big attraction for me, and a huge motivation too, because I feel that I still have a big desire to compete, to work hard and to give the best of myself.

"It's my chance to come to the Premier League, which is a very attractive league to play in, and it's right up there with the best leagues anywhere in the world.

"For me, that's a real honour, an honour and a new challenge, which really excites me a lot, and I cannot wait to be able to start to feel what it's like to play in the Premier League.

"The English league represents something really special, but I think what Manchester United represents on a worldwide scale is just incredible, so I'm really looking forward to being able to experience it for myself – the feeling of pulling on that shirt and going out on the pitch to wear it with pride."

Cavani consulted former PSG team-mates Ander Herrera and Angel Di Maria, both previously of United, when the Red Devils made their approach.

"I spoke with Ander a lot, as well as other team-mates, like Angel Di Maria, who I was also with at Paris," he said. "It was genuinely getting to the last minute and I called Ander to have a chat.

"I have a lot of admiration for Ander, for the kind of person he is and I had the feeling that his words were going to help me out, by telling me a bit about what it was like at United. And so, yes, it's true that after I'd finished talking with Ander, we came to an agreement here with the club."

"When you get the chance to pull on the number seven shirt at Manchester United, which has been worn by some top, top players who have been legends here in this country and at this club, it really is a nice responsibility to have," he added.

"I enjoy challenges and, as I said to you, I hope that I can do it great justice and leave it in as high regard as the many great players who have worn this shirt before me." 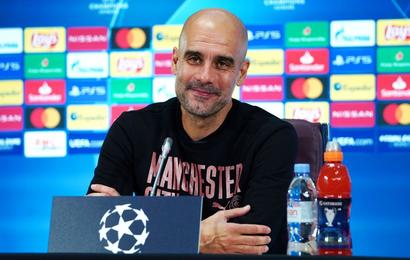