Joe Maddon will not be staying on as the Chicago Cubs' manager in 2020 after a disappointing 2019 campaign.

Maddon led the Cubs to their first World Series title in 108 years in 2016, but his side have been eliminated from playoff contention with four games remaining.

Reports emerged on Sunday that Maddon would not be receiving a contract renewal, with his current deal set to expire at the end of the season.

The Cubs then called a news conference to confirm those reports, with president of baseball operations Theo Epstein stating: "this type of change is a win-win."

Theo and Joe chatted over wine last night. They both agreed that “change is good,” as Maddon just said. The Cubs will have a new manager in 2020.

While the losing streak that saw Chicago plummet from NL Central and wild-card contention made Epstein's call easier, all indications had pointed to a change in the dugout, with the Cubs underachieving throughout the season in a winnable division.

Despite his struggles in 2019, Maddon took the Cubs to the playoffs in each of his first four seasons, an unprecedented achievement.

Reports have suggested the Cubs have already begun their hunt for a replacement, with former catcher David Ross considered the favourite to take over.

Ross retired after helping the Cubs win the World Series in 2016 and has served as a special assistant in the team's front office and as an ESPN commentator since then.

Maddon: Ohtani Is The Only Choice For MVP 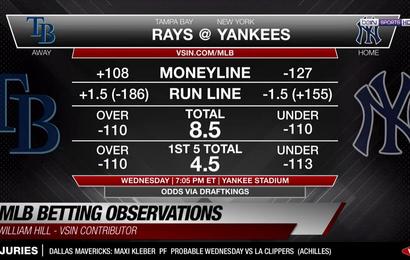