Lyon have confirmed the appointment of Rudi Garcia as head coach on a deal reportedly running until June 2021.

The former Lille, Roma and Marseille boss replaces Sylvinho, who was sacked last week less than five months on from succeeding Bruno Genesio.

Laurent Blanc and Jose Mourinho were linked to the role, but a recruitment panel headed up by sporting director Juninho Pernambucano and including Gerard Houllier "unanimously" agreed on Garcia.

All the details of Rudi Garcia's appointment ⬇️https://t.co/basUV11Wj8

The 55-year-old won a domestic double in charge of Lille in 2010-11 and led Marseille to the Europa League final two seasons ago.

His appointment comes as something of a surprise given his chequered history with Lyon president Jean-Michael Aulas.

In April 2018, Aulas blasted the "arrogance" of the then-Marseille boss, who suggested Lyon got preferential treatment from referees, amid a battle between the clubs for Champions League qualification.

Juninho said: "I chose Rudi Garcia because he is a fighter who, like us, has the ambition to win titles and succeed on the European stage.

"He is an experienced coach who has already won trophies. During my various interviews, I had a real football connection with him. We speak the same language in terms of tactics and style."

Garcia stepped down from his position with Marseille at the end of last term.

He will be presented to the media at a news conference on Tuesday. 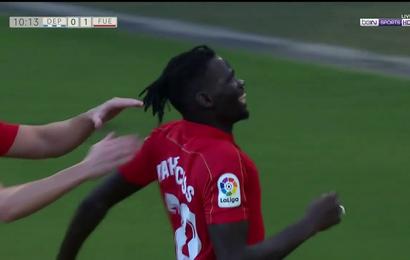