PSG leaves it late again to overcome being one man down to win against Nantes 3-1, a result sealed by Lionel Messi and his first goal in the Ligue 1.

PSG found an early lead thanks to Kylian Mbappé just 2 minutes into the first half. In the second part Keylor Navas got sent off for a professional foul after 65 minutes and 10 minutes later Kolo Muani equalized for the visitors. The game wasn't far from over and in the 81st minute Appiah scored an unlucky own goal and 3 minutes before the 90th-minute mark Lionel Messi curled an effort to the far post to put the result to bed.

PSG extends their lead against Lens, at least until tomorrow, to 13 points, in the first place of the table with 37 points so far. Nantes stays 11th with 18 points to their name. 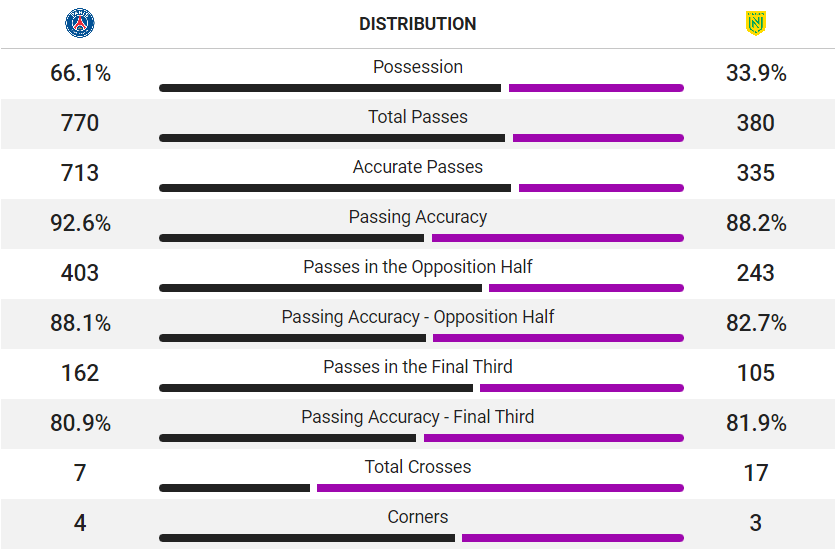