Ordinarily, Sports Burst coaxing the sister and brotherhood towards PSG's league game against Montpelier today - live on beIN SPORTS at 1PM ET / 10AM PT - would rightfully be met with raised eyebrows and a snort or two.

The already-conquered Ligue 1 title is the only one not completely messed up by PSG - perhaps a little bit at the end, to be fair. However the club is eminently watchable at the moment in a Game of Thrones-style in the sense of wondering what the heck will happen next and which major character will end up with an unpleasant ending.

Saturday's Coupe de France final saw Kylian Mbappe getting a red for a horror tackle and then Neymar asking him to hold his drink while he appeared to strike out at a fan and then trash his teammates after the defeat to Rennes.

Neymar should be back at it today against Montpellier with Tuchel noting ahead of the game that the Brazilian is the kind of player who "hates to lose." The German manager will face a decision ahead of the game on whether to throw both Neymar and Mbappe back into the maelstrom of football, or hold back and hope for a quieter - but potentially losing - evening in France.

The Sports Burst live show will be probing this game as well as the return of the Champions League on our beIN SPORTS USA Facebook page at 12PM ET / 9AM PT.

Time for a wedding vibe to cover the return of the Champions League at the semifinal stages.

If Barcelona’s mega-meeting with Liverpool in Wednesday in the Champions League is the bride and groom sitting at the top table with all the boring in-laws pretending to be having a good time, then Tuesday’s match-up between Tottenham and Ajax is the single-friends, keep-the-booze-coming table.

Two teams that tend to have a blast on the field, no big egos, likable coaches and a reputation of no one really having a bad word to say about them – aside from Arsenal and PSV supporters respectively, who will wish nothing but very bad things for their rivals today.

While the Barca and Liverpool parties will be living in stress city due to the weight of expectations on their collective shoulders, Spurs and Ajax are just happy to be in the final-four, especially after overcoming the big beasts of Manchester City and Juventus in the last round.

“I am already living my dream,” claimed a chirpy Mauricio Pochettino ahead of the visit of Ajax who mixed quite a number of metaphors in his pre-match musings, but it doesn’t really matter. “You must always dream with the moon if you want to get to the sky,” beamed Poch who seems to be oblivious to the fact that he is without the injured Harry Kane and suspended Son Heung-min for the game.

The Ajax camp is equally happy to be still around in the competition but there seemed to be a little more steel in the tone of head coach, Erik ten Hag – “we have achieved something, but we want to do more. We don’t want to rest on our laurels.”

‘Post to Post: the soccer show’ will be all over the result of both this match and everything else going on today – with the chance for you to have your say too. Just join Jeremy St. Louis on our beIN SPORTS USA Facebook page live at 5:30PM ET / 2:30PM PT.

There could be quite the keeper crossover this summer if the transfer tracker is correct today. Which it probably isn't. The latest rumors of Manchester United buying out the release clause of around $120 million for Atletico Madrid's Jan Oblak and then shipping out David De Gea to PSG, who will then send Edinson Cavani to Old Trafford as a deal-maker.

However, it seems that the decision will ultimately be made by a new sporting director at United, who could well be former defender, Rio Ferdinand.

The moment Ed Woodward & the Glazers knew Rio Ferdinand was perfect for the Director of Football role at Man Utd.. What a mess. pic.twitter.com/5VSkBX3H6m

And staying on the theme of keeper moves, Luca Zidane - Son of Zizou - is set for a move to France. Not quite the top flight of Ligue Un, though. Instead, second division Clermont Foot looks the likely destination according to France Football.

Next Tuchel: I Didn't Like Neymar's Fan Altercation
Read 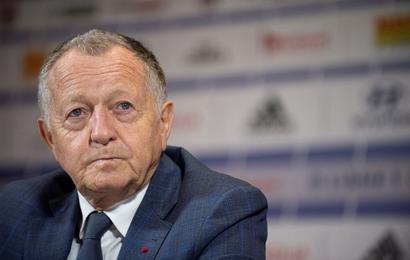