Karim Benzema scored twice during a rampant first-half display as 10-man Real Madrid moved into third place in LaLiga with a 4-2 victory at Espanyol.

Having lost 1-0 in the corresponding fixture last season, Madrid were quick to ensure they did not suffer a similar fate this time around – Benzema ending a three-match scoreless run before Sergio Ramos, who later went off injured, doubled the visitors' tally with his 50th headed goal for Los Blancos.

50 - Sergio Ramos has scored his 50th headed goal for @realmadriden in all competitions (83 in total). Titan. pic.twitter.com/qK2vgdYplF

Leo Baptistao hauled Espanyol back into the contest, but Benzema had the final say of a frantic opening 45 minutes when he slotted in on the stroke of half-time.

Gareth Bale's goal three minutes after his introduction added further gloss, only for Raphael Varane's red card to make things complicated, but though Roberto Rosales' stunning volley set up a thrilling finale, Espanyol could not muster an unlikely comeback.

Madrid were ahead inside four minutes, Espanyol's defence wilting as Luka Modric surged forward and forced Diego Lopez into action, with Benzema on hand to tuck home the rebound.

187 - Karim Benzema’s goal after 187 seconds is the fastest @realmadriden have scored this season in all competitions. Intensity. pic.twitter.com/s0NmZ55O0V

Madrid's advantage was halved in the 25th minute, Baptistao thundering a strike into the roof of the net moments after drawing a fine stop out of Thibaut Courtois.

But Espanyol's hard work was undone in first-half stoppage time – Benzema latching onto a loose ball to place a sublime finish into the bottom corner.

3 - @realmadriden have scored three goals in a first half of a @LaLigaEN game for the first time this season. Punch. pic.twitter.com/CzJePYmZaj

With Modric and Benzema both squandering gilt-edged chances to extend Madrid's lead, substitute Bale made no mistake in the 67th minute, slamming in after brilliantly turning clear of his markers.

What does it mean? Madrid hitting their straps

It has been a difficult season for Madrid, but after failing to win their opening two LaLiga fixtures of 2019, Santiago Solari's side have now claimed three successive victories as their battle with Sevilla for third place intensifies.

Espanyol, meanwhile, have now lost nine of their last 10 top-flight games, and are lingering dangerously close to the relegation spots.

While his opening goal was a simple finish from close range, Benzema showed his quality with his second, curling an inch-perfect finish beyond Lopez to restore Madrid's two-goal cushion and cap an inspired individual display. The Frenchman has now been directly involved in seven goals in his last nine league appearances against Espanyol.

54 - @realmadriden striker Karim @Benzema made 54 successful passes against Espanyol (58 in total); his most in a @LaLigaEN game. Exhibition. pic.twitter.com/jHtYCYdlzd

Defensive issues pile up for Madrid

With Ramos having gone off injured at half-time, Madrid's defensive problems were compounded when Varane made the rash decision to foul Piatti, and the France defender will now be suspended for Madrid's next outing.

Madrid will look to book a Copa del Rey semi-final place when they meet Girona on Thursday - Los Blancos leading 4-2 after the first leg – before hosting Deportivo Alaves three days later. Espanyol are in cup action on Wednesday against Real Betis, the sides level at 1-1, and travel to Villarreal next weekend. 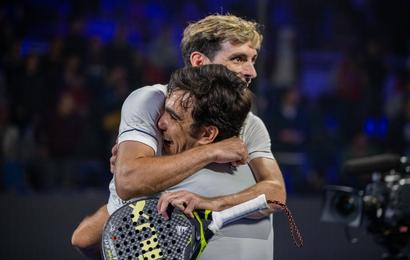 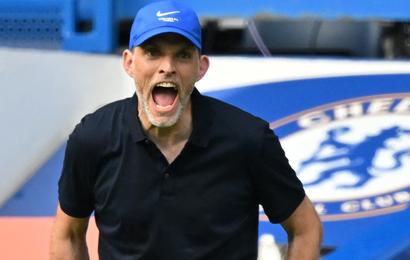 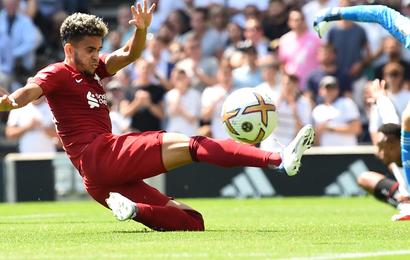 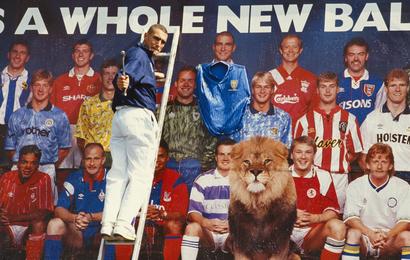 EPL turns 30: The records and stats