The Brazil winger has not started a Madrid match since October 19 and has scored just once in 11 appearances in all competitions this season.

The future of the 19-year-old has been placed in doubt, with some reports suggesting he could leave on loan at the turn of the year in order to find regular first-team football.

Zidane, though, has no desire to let Vinicius leave and has backed him to prove his worth to Madrid.

"It's not his moment right now, but it will be.

"I have 26 players and I have to leave some out of the squad. It's not his moment, as I've said, but he has to be ready for when it is.

"What changed is that there's [Eden] Hazard and there's Rodrygo [Goes]. He's training well but now there are other important players and I have to choose."

With Hazard having suffered an ankle injury in the Champions League draw with Paris Saint-Germain, Vinicius could get a chance to impress in Saturday's La Liga game against Deportivo Alaves.

Zidane hopes to have Hazard available for next week's meeting with Espanyol, although he remains uncertain over his return.

"It's nothing serious but there's no concrete recovery plan. We'll see if he can be ready for next week," he said of the Belgium star.

"I can't say if he'll be ready for the Clasico [on December 18]. Everything depends on how [the injury] evolves, on the day-to-day."

Zidane also offered sympathy to Unai Emery, who was sacked by Arsenal on Friday after a run of just one win in nine matches.

"I'm very sorry. I don't like it when coaches get sacked and Emery is a great coach," he said of the former Sevilla boss.

"I'm sure he'll be coaching a team again very quickly."

Next Bartomeu: Messi Is The "Best Player In Football Hi
Read 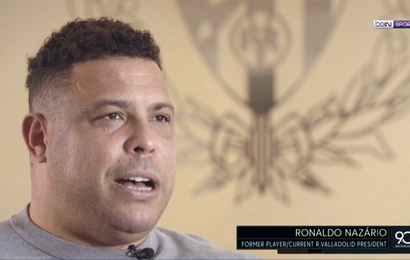