Legendary goalkeeper Iker Casillas has revealed that Jose Mourinho was one of the first people to call him after he suffered a heart attack in 2019.

Casillas, who retired from playing officially in the summer, was training with Porto in 2019 when he suffered the scare and spent five days in hospital in the aftermath.

He had worked previously with Mourinho at Real Madrid, where he had played the entirety of his career, but the pair struggled to see eye to eye and the Portuguese controversially offloaded the 167-time capped Spain international in 2015.

Nevertheless, Mourinho showed his class by checking upon the wellbeing of the custodian in his moment of crisis.

“A lot of people don't know it but José Mourinho was one of the first people to call about me, to call me to find out how I was,” Casillas told ESPN.

Casillas was then spotted hugging Mourinho at the following FIFA congress, which the Spaniard admitted was an emotional occasion.

“I saw people I had not seen for a long time, it makes you appreciate the little things in life,” he said. “You live more from day to day, you stop just being in your own little world.

“I was very lucky, other people don’t have that.

“I felt that I was definitely going to die that day, and the circumstances forced me to reconsider everything. I'm a privileged person. If I can continue to play football, I will do that.”

Casillas will be remembered as one of the greatest goalkeepers of his generation, having turned out for the first team of Real Madrid, where he signed on in 1990, as a teenager in 1999 and remaining at the club through until his departure 16 years later.

He stands second in the club’s all-time appearance list behind Raul and won five La Liga titles and three Champions Leagues during his time at the Bernabeu.

At Porto, he would go on and win one domestic title, while he would go on to achieve 57 Champions League clean sheets – a record that continues to stand. He was with the Portuguese side from 2015 until 2020. 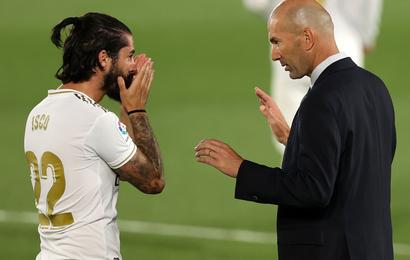 Isco Hits Out at Zidane After Being Benched