Kylian Mbappe limped out of the Coupe de France final and was later on crutches as Paris Saint-Germain beat Saint-Etienne 1-0 thanks to Neymar's goal.

PSG, awarded the Ligue 1 title on a points-per-game basis after the season was called off in April, made it a double through Neymar's 19th-minute effort but it proved a pyrrhic victory.

🏆 CHAMPIONS OF THE COUPE DE FRANCE! 🏆

Loic Perrin was sent off in the 31st minute following a cynical tackle on Mbappe, who was withdrawn with an apparent ankle injury and later returned to the bench on crutches with his leg in a brace, making him a serious doubt for PSG's return to Champions League action next month.

That challenge sparked a huge melee in the first competitive match in France since March, watched by a small crowd at the Stade de France, with PSG - who also lost Thilo Kehrer to injury - seeing out the win despite a spirited effort from 10-man Saint-Etienne. 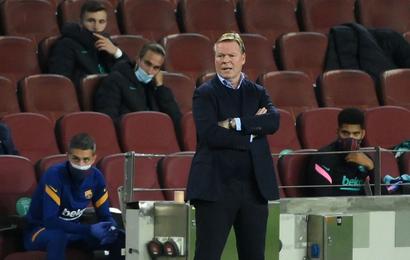