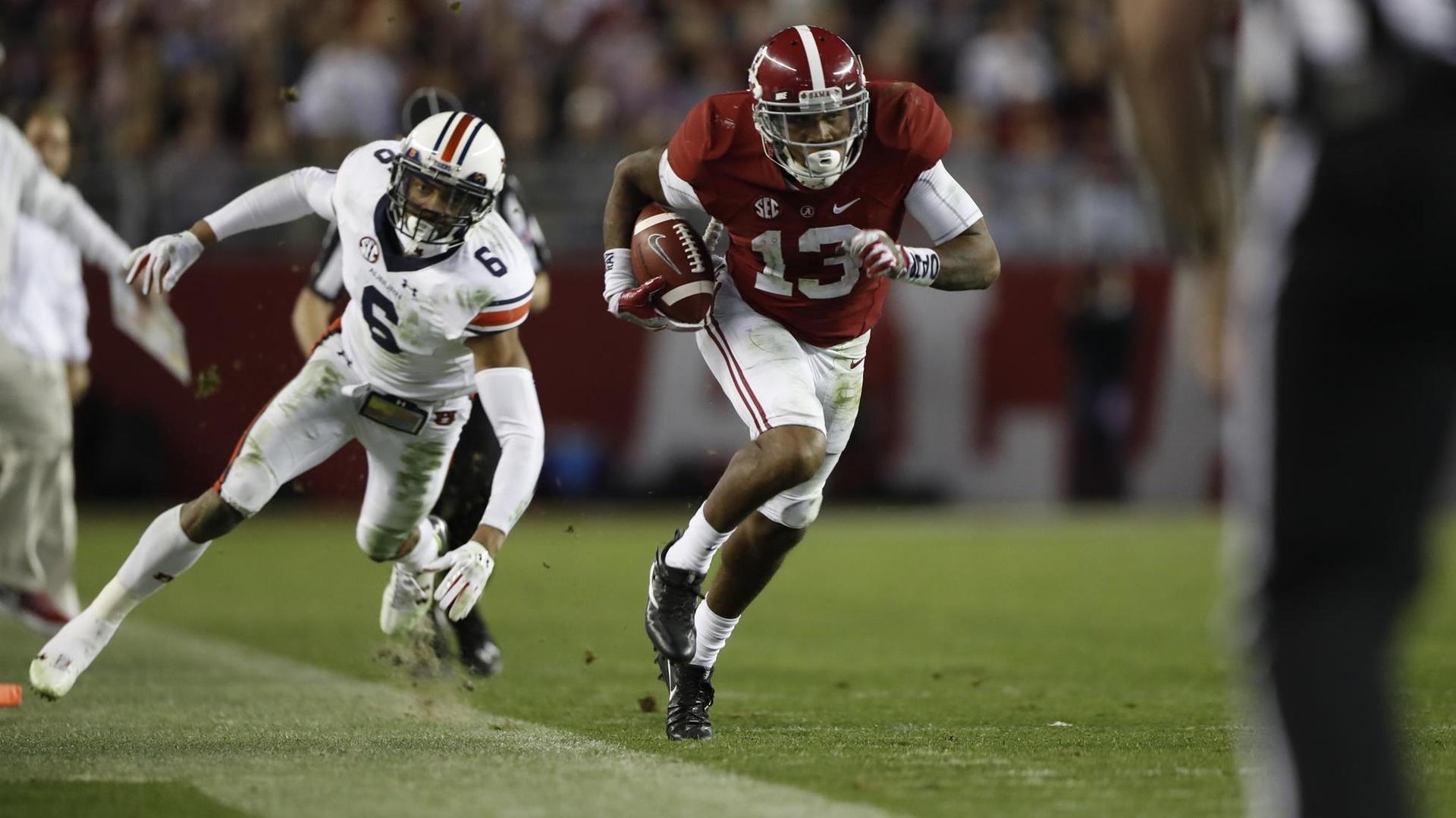 Alabama head coach Nick Saban has put together some rather dominant teams in his time in Tuscaloosa.

But Florida head coach, and former Alabama offensive coordinator, Jim McElwain, thinks the 2016 edition of the Tide may be Saban’s best work yet.

“They’re one heck of a ball squad,” said McElwain. “I think probably the best team coach has put together there from a stand point of offense, defense, and special teams.”

This Saturday, Saban’s undefeated Crimson Tide will roll into Atlanta, GA for the SEC championship game, to face the East champion Florida Gators. And coach McElwain has a point.

Defensively, the always stout Tide, have been utterly suffocating. This season, Alabama has allowed the fewest points per game (11.4), total rushing yards (824), and total offensive yards (2,961), of any defense in the country.

Perhaps the most striking part of the Tide’s 2016 campaign is the leadership of their freshman QB Jalen Hurts. Hurts leads an Alabama offense that ranks 20th in total yards in the FBS this season.

There’s something to be said for going undefeated, standing alone as the only undefeated team in the SEC, and doing so with a freshman QB.

The Alabama Crimson Tide are this week’s scholars. 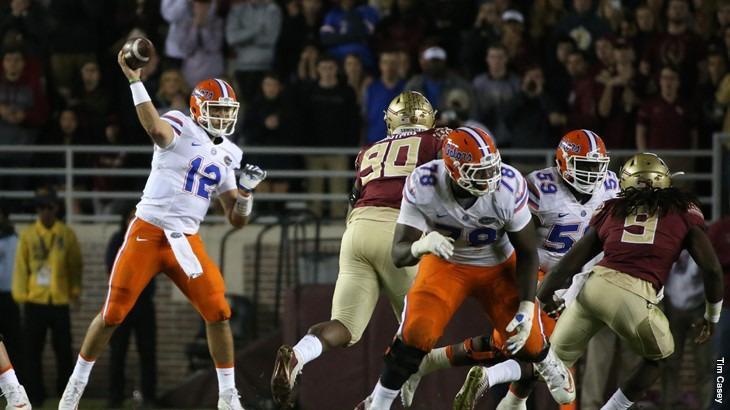 The Gators couldn’t overcome a flurry of injuries on both sides of the ball, and didn’t have an answer for FSU’s all-time leading rusher Dalvin Cook.

Florida is preparing to do battle with the SEC West champion Alabama Crimson Tide. Only Florida’s most passionate fans truly believed the Gators would run the table against LSU, FSU, and Alabama, to find a seat at the College Football Playoff table.

However, the Gators had a much better chance of beating Florida State on the road, and letting the chips fall where they may on December 3rd.

Following a rivalry weekend trip to Tallahassee, FL, the mystery and wonder are gone. Gator Nation’s hopes of reclaiming a spot atop the college football world will have to wait until the 2017 season, as Florida has officially dropped out of the 2016 national title hunt. Rivalry week… Isn’t something? It can drive a man mad. And that may be the case for Michigan head coach Jim Harbaugh. Coach Harbuagh didn’t just take losing to Ohio State hard, but repeatedly blamed the loss on the failures of the game’s officiating.

The Big Ten conference fined Harbuagh $10K for this public tongue lashing of the officials.

Four Big Ten teams (OSU, Wisconsin, Penn State, and Michigan), have a legitimate shot at gaining a coveted CFP berth. Since the Wolverines have a chance of making the CFP, I can’t call them dropouts. But I can find humor in how their head coach responds to a tough loss. Michigan is this week’s class clown.