Bayer Leverkusen have confirmed the signing of Mitchel Bakker from Paris Saint-Germain for a reported €10m fee as the Bundesliga side look to bolster their defence.

Bakker, 21, makes the move to Leverkusen on a four-year contract and links up with new coach Gerardo Seoane.

Originally coming through Ajax’s highly acclaimed academy, the left-back made just two senior appearances before moving to France on a free transfer as PSG secured his services with a four-year deal.

🗣 "Mitchel Bakker is a technically gifted and dynamic player whose profile fits perfectly with Bayer 04.” https://t.co/zchrJz2TEK

In his debut season for PSG in 2019-20, Bakker won a domestic treble, playing the entire match in both the Coupe de France and Coupe de la Ligue finals against Saint-Etienne and Lyon respectively.

The Netherlands Under-21 international typifies the modern-day wing-back, frequently providing as much in attack down the left flank as he does in a defensive sense.

Bakker made 26 Ligue 1 appearances last term and supplied two assists, although these numbers do not tell the full story of his influence.

Leverkusen's new signing (16) created more chances from open play than any other PSG defender, while he also made the most recoveries (124) of the full-back options in the squad. 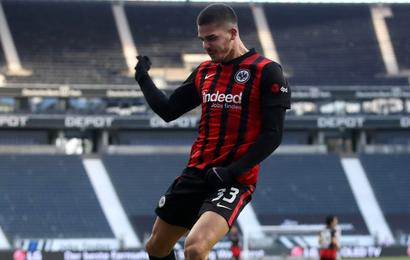