Senegal will be looking to make history on Sunday evening, by reaching their first ever African Cup of Nations final however a resurgent Tunisia stand in their way. You can follow all the action from the 30 June Stadium via beIN CONNECT.

Senegal has rightly justified their favourites tag on route to the semi-finals, only conceding one goal and winning four out of five games. Aside from a 1-0 group game defeat to fellow semi-finals, the Lions OF Teranga have impressed both defensively and in attack.

Last time out, Idrissa Gueye struck in the second half to secure a 1-0 victory over Benin. After dominating possession, Aliou Cissé’s side eventually broke down their opponents and managed the game out efficiently.

Aside from the attacking talents of Sadio Mane, Senegal have been built on the defensive stability of centre backs Kalidou Koulibaly and Cheikhou Kouyaté. Both players are seasoned pros in European football and have been cornerstones of Senegal’s success at the tournament.

Both players are likely to start on Sunday evening and will have to be at their very best if Senegal is to reach the Cup of Nations final for the first time in their history. 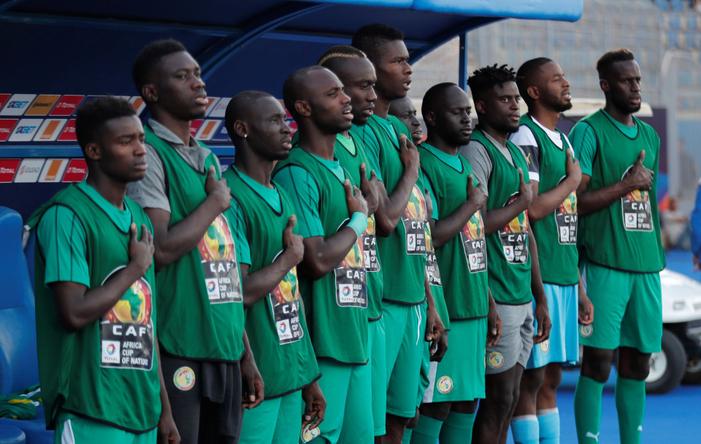 As for Tunisia, it’s been a slow burner of a tournament for the Eagles of Carthage. Three uninspiring draws, followed by a penalty shoot-out win over Ghana saw the Tunisians reach the quarter-finals without winning a game in 90 minutes.

Alain Giresse’s side looked vulnerable heading into their quarter-finals against Madagascar. However, the Tunisians put in their strongest performance of the tournament to brush aside the debutants 3-0.

Looking composed and assertive, Tunisia went about the task of breaking down their opponents methodically. Second-half goals from Ferjani Sassi, Yuseff Msakni and Naïm Sliti sealed the win, and now fans of Tunisia will be hoping their side is starting to peak at the right time and repeat the success of the 2004 Cup of Nations win.

Wahbi Khazri returned to the starting lineup against Madagascar and played a crucial role in the victory, moving the ball quickly and threatening from dead ball situations. The Saint-Etienne playmaker will likely be deployed on the right of a front three on Sunday, and his influence will be crucial if Tunisia is to make the final.

It promises to be a fascinating encounter as Senegal and Tunisia battle it out for a place in the 2019 African Cup of Nations Final. Follow all the action with beIN SPORTS.