A cartoon printed in Melbourne newspaper The Herald Sun featuring Serena Williams has been ruled "non-racist" by the Australian Press Council.

The controversial cartoon in question showed Williams jumping on a smashed racquet next to a baby's dummy.

It came following her remarkable exchange with umpire Carlos Ramos during her US Open final defeat to Naomi Osaka last year.

The Council noted the complaints it received about the cartoon had "raised concerns that the depiction of Ms Williams had features that may cause it to be an offensive and sexist representation of a woman and a prejudicial racial stereotype of African-American people generally, rather than an actual caricature of Ms Williams' physical features".

And the Council ultimately accepted that explanation, writing in a statement: "The Council accepts that the cartoon was illustrated in response to the events that occurred at the US Open final on 9 September 2018 that attracted global attention.

"The Council considers that the cartoon uses exaggeration and absurdity to make its point but accepts the publisher's claim that it does not depict Ms Williams as an ape, rather showing her as 'spitting the dummy', a non-racist caricature familiar to most Australian readers."

"Nonetheless, the Council acknowledges that some readers found the cartoon offensive. However, the Council also accepts that there was a sufficient public interest in commenting on behaviour and sportsmanship during a significant dispute between a tennis player with a globally high profile and an umpire at the US Open final."

.@Chriskkenny: After all sorts of long and drawn out and complicated and painful controversy, [the Press Council] has finally come to a common-sense landing. They’ve decided to clear Mark Knight and this cartoon of the complaints.

"As such, the Council does not consider that the publication failed to take reasonable steps to avoid causing substantial offence, distress or prejudice, without sufficient justification in the public interest. Accordingly the Council concludes that its Standards of Practice were not breached."

Williams labelled Ramos a "thief" and a "liar" in their exchange after being warned for receiving coaching from the stands.

She later smashed her racket, was docked a point, protested and demanded an apology from the umpire and was eventually penalised a game. 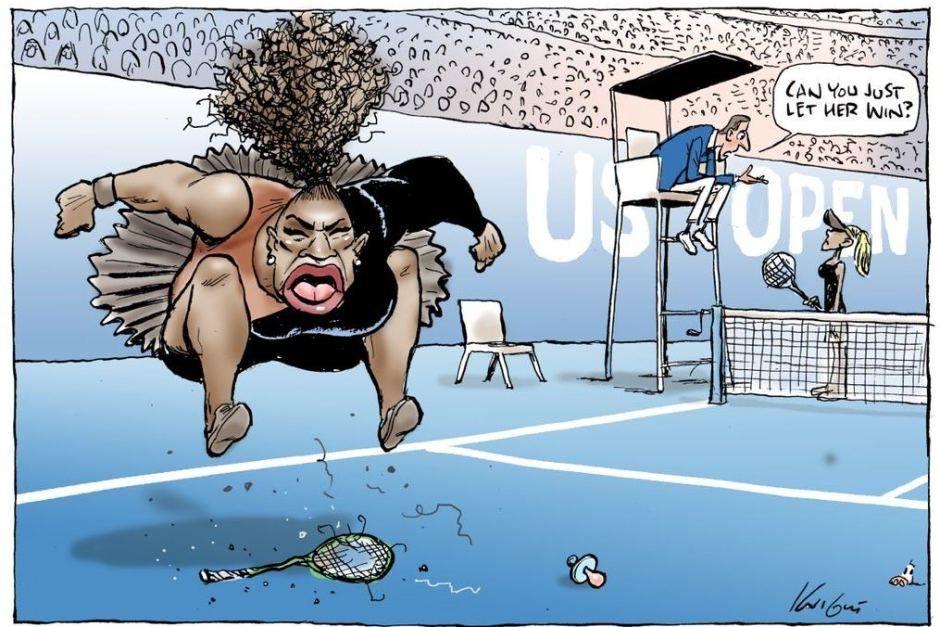 Next Vekic Cruises And Sakkari Exits In Mexico
Read

Kvitova Fends Off Mladenovic In Madrid