Denmark's decision to resume their Euro 2020 clash with Finland following Christian Eriksen's cardiac arrest "was the least bad one", according to forward Martin Braithwaite.

Inter midfielder Eriksen was given CPR by medics late on in the first half of Saturday's Group B match after collapsing with no other players around him.

The fixture was suspended while Eriksen received life-saving treatment on the field, but it resumed a little under two hours later after the midfielder was confirmed to be "awake".

Tournament organisers UEFA said it agreed to restart the match "following the request made by players of both teams".

However, Denmark boss Kasper Hjulmand said on Sunday that the game should never have resumed from the 41st minute, with his side going on to lose 1-0 in Copenhagen.

The Danes also had the option of coming back the following day, but Braithwaite believes the decision they made was the best on offer.

"None of the options were good. We took the least bad one," Braithwaite said at a news conference on Monday.

"There were lots of players who were unable to play. We were in a bad place. We made the least bad decision."

Joel Pohjanpalo scored a famous winner for major tournament debutants Finland from their only attempt of the match, with Pierre-Emile Hojbjerg missing a penalty for Denmark 14 minutes later.

Kasper Schmeichel was also on the field at the time of the horrific incident involving Eriksen and agreed with Braithwaite that Denmark were put in a difficult spot.

"We have been put in a position where, on a personal level, I think we should not have been placed," he told reporters.

"We had two options: either come back the next day [Sunday] at noon or resume the game.

"Someone higher up than us would have had to tell us that this was not the time to make such a decision, and that we should probably wait until the next day to decide.

"But what happened has happened, and let's hope they learn from it."

In the latest update provided by the Danish Football Union on Monday, Eriksen is said to be in a "stable and good" condition as he continues to be monitored in hospital.

Schmeichel revealed at the same news conference that Eriksen was "smiling and laughing" when he visited his team-mate in hospital on Sunday.

Denmark return to Group B action on Thursday with another home match against Belgium. 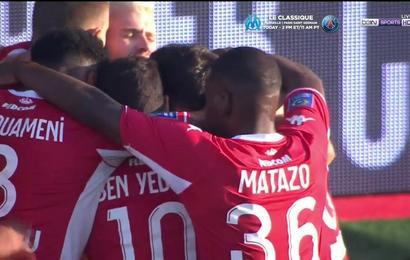 Volland scores the first for Mónaco against Montpe 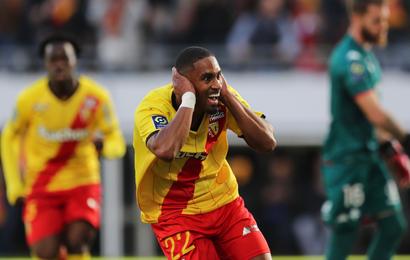 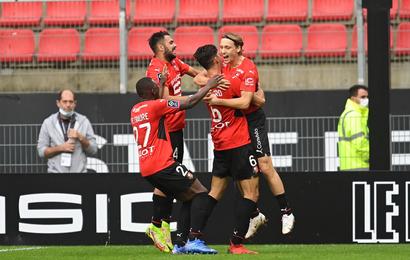 Aguerd goal the difference against Strasbourg 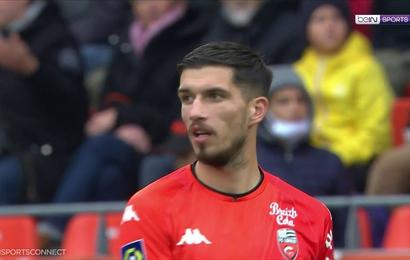 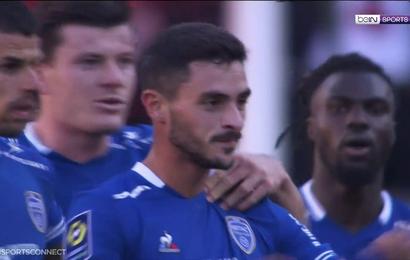 Chavalerin puts Troyes ahead against Reims 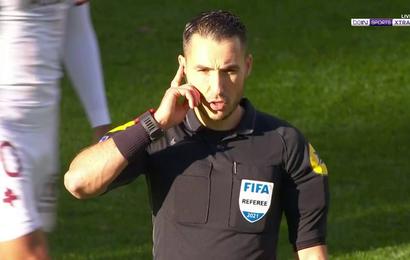 Pape Sarr's goal is disallowed for a handball 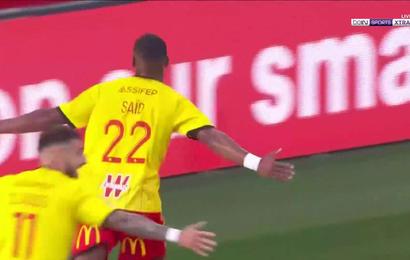 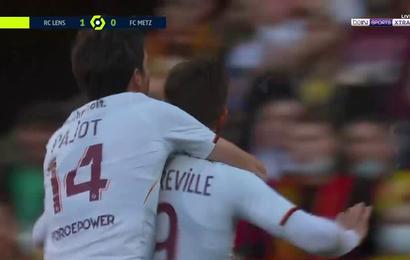