With the senior squad in isolation, Spain will be represented by the Under-21 team in a friendly against Lithuania on Tuesday.

Another "small" group of players will also train with the senior squad after the game against Lithuania, with Spain's final Euro 2020 squad dependent on further coronavirus test results.

An RFEF statement said: "In anticipation of the possible consequences that Sergio Busquets' positive could bring, the coaching staff has decided to incorporate a group of footballers to complete training during the next few days under Luis Enrique's orders within a parallel bubble.

"In addition, once the game against Lithuania is over, a small group of footballers yet to be confirmed will join the training sessions of the senior team under the same conditions as the previous ones.

"They will train at different times and will not mix in any case with the summoned.

"The players invited to the training sessions will remain outside the Ciudad del Futbol bubble and will go daily to Las Rozas after having passed the relevant daily tests before their arrival and during their stay.

"Their definitive incorporation to the Euro 2020 list will be evaluated based on the results obtained in the coming days."

Next Has Mancini Made Italy A True Euro 2020 Contender?
Read

Pepes Calls For Balance And Desire Against France 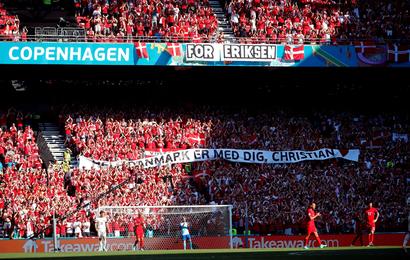 Denmark "Thinking About Christian All The Way"