Cristiano Ronaldo is a "great champion but at times he can be annoying", according to Hungary boss Marco Rossi.

Hungary came up against Ronaldo's Portugal at Euro 2020, beaten 3-0 by the defending champions on matchday one following the superstar's late brace.

Ronaldo has scored five goals in three games to lead Portugal to the last 16 and a blockbuster showdown with Belgium, but Hungary head coach Rossi hit out at the five-time Ballon d'Or winner.

"Ronaldo is a great champion but at times he can be annoying," Rossi told Gazzetta dello Sport.

"After the penalty with us he celebrated as if he had scored in the final. People notice these things."

The 36-year-old Juventus forward scored twice from the penalty spot to move onto 109 goals for Portugal as they secured passage to the knockout stages of Euro 2020 with a 2-2 draw against France on Wednesday.

Ronaldo is now the top-scoring European player at major tournaments (World Cup and Euros), with his brace against France moving him beyond Miroslav Klose (19) to 21 goals.

Indeed, that was Ronaldo's second brace of Euro 2020 already – no player has ever registered three in a single tournament at the European Championships.

Next England To Offer Southgate A Contract Extension
Read 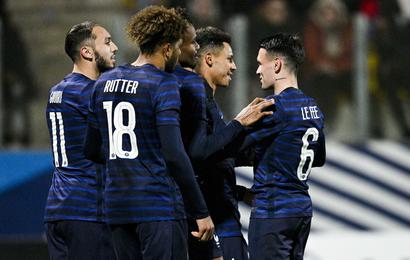