Atletico Madrid edged through to the semi-finals of the Europa League despite a 1-0 defeat away to Sporting CP.

A 2-0 lead from the first leg in the Spanish capital a week ago put Diego Simeone's men in a strong position ahead of the return match at a wet Estadio Jose Alvalade on Thursday.

But on a week that Barcelona and Real Madrid were on the end of staggering Champions League comebacks, Atletico - champions in 2010 and 2012 - failed to heed those twin warnings and were fortunate to progress with a 2-1 aggregate victory.

Jan Oblak made a world-class save to keep out a Sebastian Coates header but a rare mistake from the Slovenia goalkeeper allowed Sporting back into the quarter-final.

16 - @atletienglish have won 16 of their last 17 Europa League knockout matches (L1) – their only defeat in this run was against Rubin Kazan in the Last 32 in February 2013. Streak pic.twitter.com/XNJEAsOkFv

The goalkeeper could only tip a Bruno Fernandes cross back into the danger zone and Fredy Montero was on hand to place his header over the prone Oblak and into the goal.

Oblak had to save twice from Bryan Ruiz to protect Atletico's slim lead but Simeone's side head through despite seeing their 100 per cent Europa League record this season come to an end, although their progression came at the cost of injuries to Lucas Hernandez and Diego Costa.

Marcos Acuna sent an early header over the crossbar before Oblak made a magnificent save to deny Coates, the goalkeeper plunging to his right to tip away the header.

But Sporting's pressure told with the opening goal in the 28th minute.

The hosts worked a short right-wing corner back to Fernandes, with Oblak only able to touch the resulting deep cross out for Montero to guide a clever header over the Atletico goalkeeper.

Oblak had to be alert to keep out a pair of efforts from Ruiz as Sporting, still a goal down on aggregate, grew in confidence.

And Gelson Martins should have levelled the scores on the stroke of half-time, somehow heading wide from a sensational left-wing cross delivered by Acuna.

Injuries to Lucas and Costa gave Atletico further cause for concern, Simeone turning to Fernando Torres for his first appearance since confirming he will leave at the end of the season.

Must be quite a while since Barca, Madrid and Atletico all lost in same week in Europe.

Atletico finally recorded their first shot on target in the 58th-minute, Antoine Griezmann unable to beat Rui Patricio with a shot from a tight angle on the left side of the penalty area.

Torres flashed a near-post header over the crossbar as Atletico threatened to pull away, but Montero's tame effort warned the visitors the tie was not over yet.

Griezmann arrowed a 77th-minute free-kick narrowly over the angle and wasted two fine late one-on-one chances, but, although Sporting continued to threaten, Simeone's side held firm at the back as they look to book a place in their third European final in five seasons. 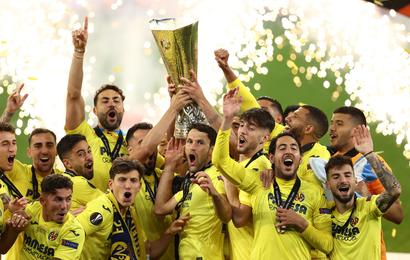