"Before the game, we talked about how this was a 'final' and a decisive game. And in this kind of game, you have to make fewer mistakes. We made too many mistakes. It's relatively easy to be uncompromising towards the opponent during two first-half situations in front of our goal. We simply needed to be more consistent across the board. We didn't defend consistently and didn't defend well enough in those situations. And the opponent made good use of that.  So that's something that we must work on and something we have more than paid for tonight with being knocked out of the Champions League. It was a clear goal for us to get to the next stage of the Champions League and conquer this group. But it's important that we take this on board now and talk about it, so we can get better in these areas. As we talked about in yesterday's press conference and after the Stuttgart game, we must get better." the boss said.

Sporting forward Pedro Goncalves made the most of Dortmund's defensive blunders to score twice as the Portuguese side beat 10-man Dortmund to secure second place in Group C, three points ahead of Dortmund with a superior head-to-head record and one game to play.

Sporting will play in the knockout stage for the first time since the 2008-09 season after ending Dortmund's three-year streak of reaching the last 16.

Ajax won Group C after beating Besiktas 2-1 - their fifth win in a row. 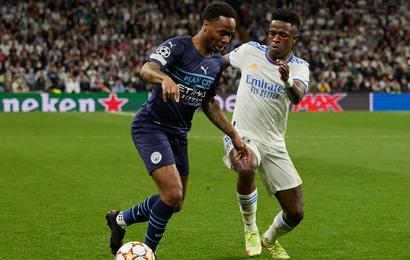