Joan Jordán scored his first goal for Sevilla at the Ramon Sanchez Pizjuan, on what was his 50th home appearance for the club across all competitions.

Ivan Rakitic has been directly involved in four of Sevilla’s last six goals in the UEFA Champions League, scoring two and providing two assists for teammates.

Maximilian Arnold made his 32nd appearance for Wolfsburg in European competition, overtaking Marcel Schäfer (31) for the most European games by an outfield player for the club.

Wolfsburg recorded just one shot on target against Sevilla this evening, with that coming through Lukas Nmecha in the 23rd minute. Overall, only Malmö FF (5) have registered fewer shots on target than Wolfsburg (9) in the UEFA Champions League this season.

Sevilla picked up their first win in the UEFA Champions League since December 2020 (3-1 v Rennes), ending what was their longest run without a victory in the competition (six games - D4 L2). 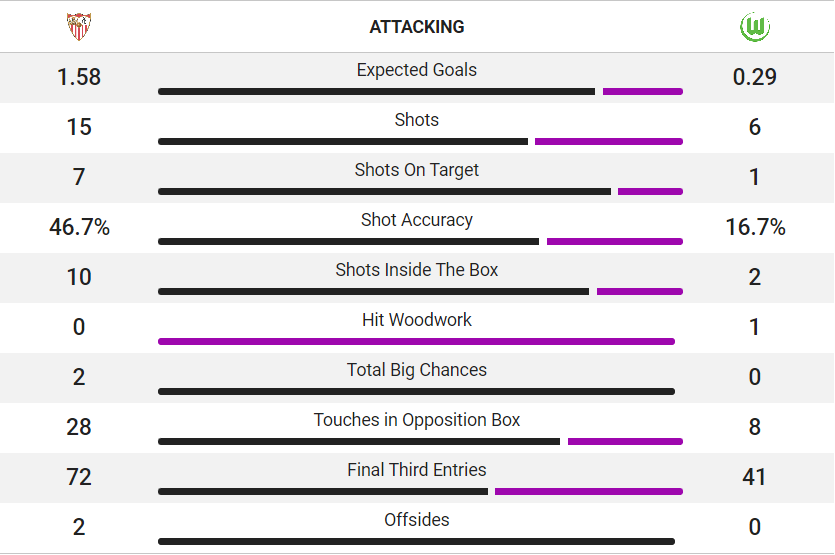 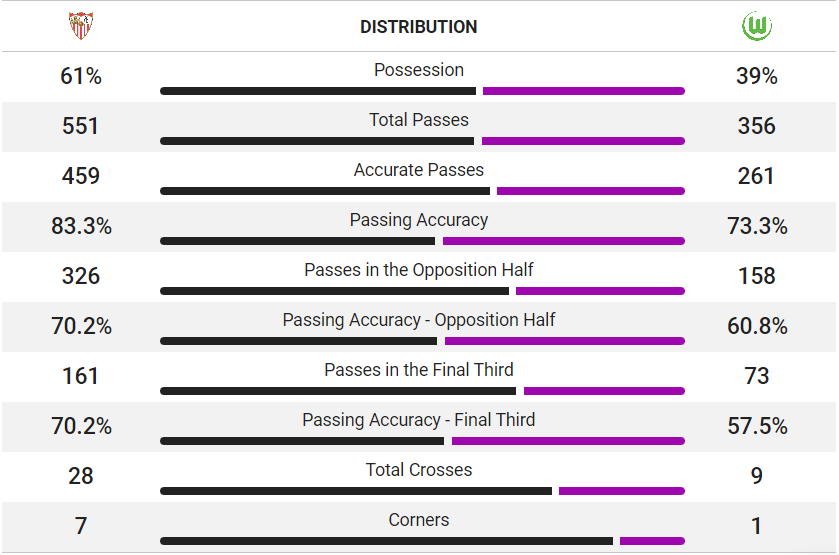 Next Thrilling match between Young Boys and Atalanta en
Read