Chelsea kicked off their Champions League campaign with a Stamford Bridge stalemate as they were held 0-0 by Sevilla.

An even contest between the two favorites for progression from Group E produced plenty of chances, but neither side could apply the finishing touch necessary to claim all three points.

Rennes' draw with FK Krasnodar in France meant that it was honors even across the group following the first matchday.

Chelsea's leaky defense had come in for scrutiny once again following a weekend Premier League outing that saw them held to a 3-3 draw by Southampton.

And head coach Frank Lampard's nerves will not have been helped by Thiago Silva's failure to make a seemingly simple headed clearance during an early passage of play that led to a Lucas Ocampos shot, albeit from a marginally offside position.

0-0 - @SevillaFC_ENG have drawn back-to-back away from home #UCL games for the first time ever (0-0 in Munich vs Bayern in April 2018 & 0-0 in London vs Chelsea). Gold#ChelseaSevillaFC #ChampionsLeague @ChampionsLeague pic.twitter.com/v7BITQbIpg

Saturday's result had no doubt contributed to a defensive reshuffle that saw Edouard Mendy replace Kepa Arrizabalaga in goal among other changes.

The potential value of that particular switch was shown after 18 minutes when the Blues' recent signing was on hand to claw away a Nemanja Gudelj header that had been diverted goalward by a deflection off Kurt Zouma.

At the other end, Chelsea evidenced their own threat when Timo Werner produced his team's first shot on target following a sweeping move involving the lively Reece James.

Still, they could not entirely limit Sevilla, who came close through a Suso header following brilliant work from Marcos Acuna and an Ocampos shot that needed a Mendy save just prior to the whistle sounding.

Although Lampard opted against making substitutions at the break, a tactical tweak that saw Christian Pulisic move from the right side to the left almost paid immediate dividends.

The American's quick feet earned Chelsea a corner that saw Zouma head on target, and he followed that with another dangerous cross from his preferred flank just seconds later.

With Pulisic benefiting from a direct approach, the Blues called for more thrust on the opposite wing with an hour gone as Hakim Ziyech replaced the ineffectual Mason Mount.

But their opponents were by no means ready to give up their share of the points and went close themselves when Joan Jordan showed great technique in volleying just over the bar from a corner.

What does it mean? Chelsea cure defensive blues

Although a draw at Stamford Bridge is rarely welcome for a team of Chelsea's ambitions, Lampard will take great encouragement from a hard-earned clean sheet for his side.

Europa League holders Sevilla created some chances, of course, but the Blues looked infinitely more defensively solid than they have during a chaotic start to the season.

After Kepa produced another erratic display against Southampton, there was pressure on Chelsea's new goalkeeper to shine on his return to the team.

While the Frenchman wasn't particularly busy, making just two saves, his handling was impressive enough to fill Blues fans with hope that they may have found their new number one.

While Werner was a constant threat in behind and Pulisic improved once he moved to the left, it was a quiet night for one man in the Chelsea attack: Kai Havertz.

The German took 67 touches but failed to have a shot or produce a key pass, and he surrendered possession on 15 separate occasions.

Chelsea return to Premier League action on Saturday when they travel north for a mouth-watering clash with Manchester United at Old Trafford. Sevilla, meanwhile, face Eibar at home in La Liga. 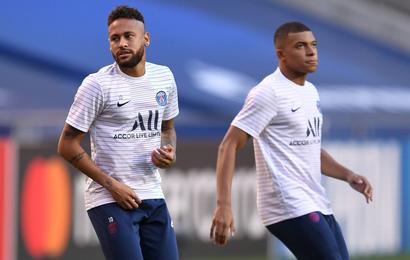 Tuchel: Neymar, Mbappe Must Step Up 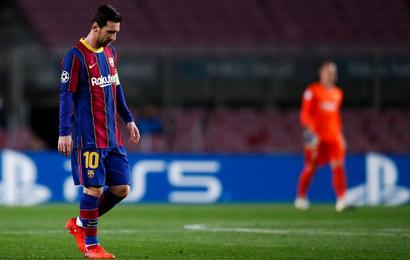