Dynamo Kyiv remain winless in this season’s UEFA Champions League (D1 L4), although they did manage to score their first goal of the 2021-22 tournament. Denys Harmash’s strike came with what was Dynamo Kyiv’s 32nd shot in the competition this season.

Bayern Munich have won each of their five games in the UEFA Champions League season, just the third time they’ve won their opening five group stage games under the current format (since 2003-04). The last time they did so was in 2019-20, when they went on to win the tournament under Hansi Flick.

Bayern Munich have scored 19 goals in the UEFA Champions League this season; only twice has a team scored more in their opening five games of a campaign in the competition – PSG, 24 in 2017-18, and Bayern themselves, 21 in 2019-20.

Bayern’s Robert Lewandowski has scored in each of his last nine UEFA Champions League appearances, becoming the first player to have netted in nine in a row on more than one occasion, also achieving that feat in August 2020. The other players to score in 9+ in a row are Ruud van Nistelrooy (9 between September 2002 – April 2003) and Cristiano Ronaldo (11 between June 2017 – April 2018).

Robert Lewandowski’s opener for Bayern was his 25th goal in all competitions in 2021-22; nine more than the player with the second-most goals across the big five European leagues this season (16, Mohamed Salah).

Viktor Tsygankov has been directly involved in three of Dynamo Kyiv’s last five goals in the UEFA Champions League, scoring twice and providing an assist for Denys Harmash this evening. 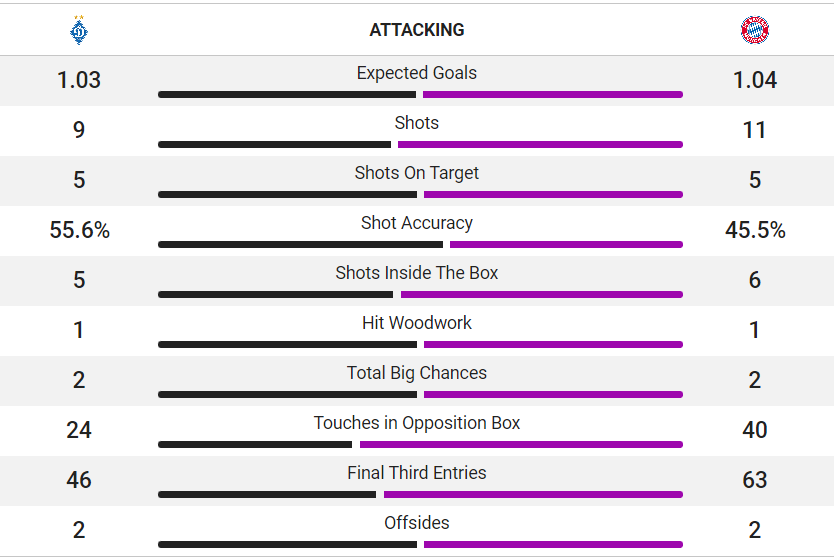 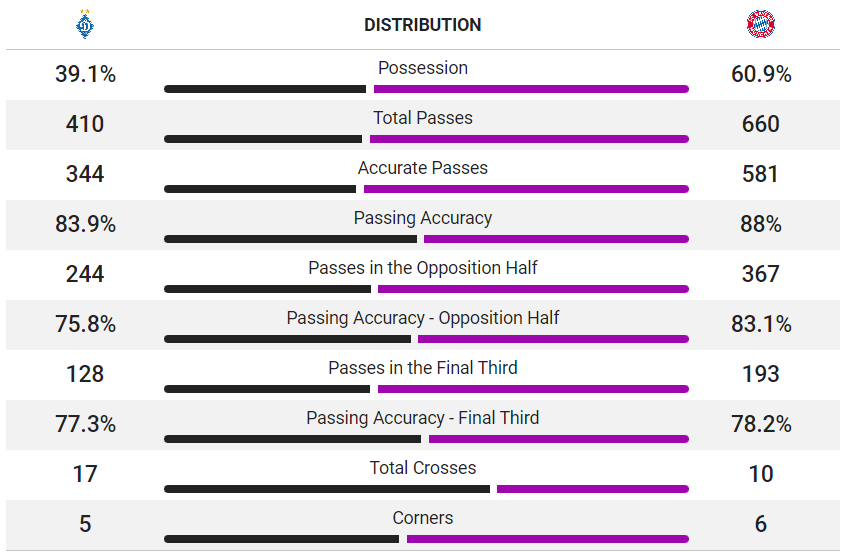