When Barcelona take a beat and opt not to add even more debt to a pile already teetering at $1.5 billion by passing on signing yet another player, then the world should take a beat too.

That's the reported news out of the Camp Nou from Tuesday after a meeting with the club's interim board and the three presidential candidates. But more on the 'Barcelona Hillbillies: The Bust' in a moment.

The news out of Real Madrid on signings and sales is...no news - Martin Odegaard leaving to join Arsenal on loan not withstanding. And that's not surprising considering Real Madrid is in the same situation as any other business in the world at the moment - and that's having no clue whatsoever about the financial future due to COVID-19.

In Real Madrid, there is no indication of when supporters will be able to return to the reformed Santiago Bernabeu - which means no projected income on gate receipts. Even television revenue is not what it used to be, which is why Ligue 1 is currently without a domestic partner in France.

A side-effect of all this unfortunate business is that Marca is reporting that contract renewal talks with Sergio Ramos and Lucas Vasquez have stalled, for the fairly good reason that the club doesn't know how much money it has. Although that has clearly never been an issue for Barcelona, it seems.

And if there is no clear future on Lucas Vasquez - possibly Coach Zizou's favorite player at Real Madrid - it leaves any kind of bid for the likes of Kylian Mbappe or Erling Haaland hanging in the air.

The Sports Burst live show will ask what all of this means at 12PM ET on our beIN SPORTS USA Facebook page and XTRA channel from 12PM ET.

Back to all things Barcelona.

The player that the board is reportedly opting not to sign is Manchester City's Eric Garcia - a former Barca youth product, but available for free in the summer. That appears to be the option for whomever has the joy of guiding the club through its biggest ever crisis.

That decision looks set to be made on March 7, the probable date of the new presidential elections.

Meanwhile, Barca has another chance on Wednesday to a) fall back into CRISIS! or b) take another step to winning an actual trophy this season with a Copa del Rey Last-16 match against Rayo Vallecano. "We'll take a strong team to get through this tie. We know the road is shorter to winning something," promised Koeman on a competition that still doesn't have a 2020 winner yet, with Real Sociedad and Athletic Club yet to play their final.

Barcelona returns to action in LaLiga against Athletic Club on Sunday from 2:30PM ET, the team that defeated them in the recent final of the Spanish Supercopa.

Santos and Palmeiras focus on their Rumble in Rio

Meanwhile, across the Atlantic Ocean, Brazilian side Santos will not be feeling overly optimistic about Saturday's Copa Libertadores final after a third league defeat in a row on Tuesday night against Atletico Mineiro and eight goals shipped in three games.

Then again, the opponents for Saturday's final in Rio, Palmeiras, are not exactly firing on all cylinders either with just the single point from the last three matches in the Brazilian league, with that point being picked up on Tuesday. It is as if the minds of both sets of players from these Sao Paolo teams are elsewhere and dreaming of frying considerably bigger fish.

🔥🏆🇧🇷 This will be the third all-Brazilian Final in #Libertadores history!

👀🏆🌎 Both previous winners of an all-Brazilian Final went on to become World Champions.

The 2020 Copa Libertadores final between Palmeiras and Santos is live on beIN SPORTS on Saturday with coverage beginning from 2:30PM ET. And don't miss the build up across the beIN SPORTS social media channels from Friday. 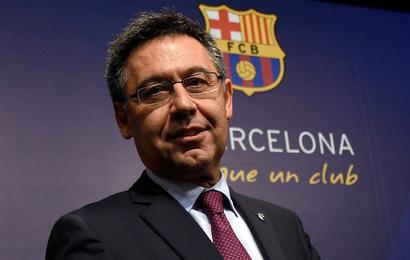 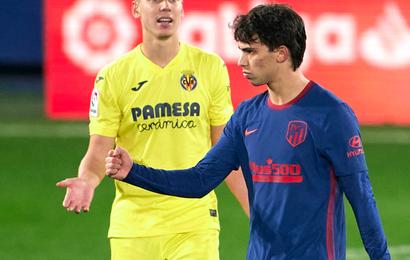