There's one person potentially standing in the way of Juventus picking up a ninth straight Serie A title win on Thursday but there's also one person leading the charge - Cristiano Ronaldo.

The Portuguese poacher is on a mission for the Old Lady's final four games of the Italian season - one for the team and one for himself. And there's definitely an 'I' in Cristiano.

The first challenge is wrapping up a victory in today's away clash against Udinese that will deliver another Scudetto to Juve with three more games to play. A victory would also deliver a seventh league title for Ronaldo to add to those won with Manchester United and Real Madrid.

But there is a personal prize for Ronaldo within his grasp and that's even more important than usual with France Football having scrapped the Ballon d'Or trophy for 2020, where CR7 would definitely have been in the running, especially with a good showing in the upcoming Champions League finale.

Ronaldo has the chance of winning the Golden Shoe, the prize given to the top-goalscorer in Europe's leagues. It's a prize last won in 2014-15 by the Juve forward.

The leaderboard is currently topped by Robert Lewandowski who scored 34 for Bayern Munich this season, but does not have the chance to add to that with the Bundesliga having wrapped up.

Cristiano Ronaldo is next in the table with 30, leaving CR7 with four games to score five goals and hope that a relative dry spell for Lazio's Ciro Immobile continues with the Italian also on 30 league goals for the season.

The question now is whether Ronaldo will revert to boss mode and shoot from every angle at every moment - the penalties and free kicks are already tied down - or if Cristiano will put the team first and even sit out some of Juve's final league games with the Champions League around the corner.

The Sports Burst live show at 12PM ET will poke into this and everything else out there. Head to our beIN SPORTS USA Facebook page and beIN XTRA channel to get involved.

Little by little, the people of America are going to have something else to do in occupying their time seeing as one or two frivolous activities are currently impossible for many - such as leaving the country, doing anything past 10PM or eating out.

Team sports are returning for starters.

The NWSL and MLS lead the way but soccer is soccer and not...baseball for example which is the first bubble-free sport in America to attempt a season with a more traditional traveling format, in the middle of a raging COVID-19 pandemic.

It's somewhat ironic that the first pitch of the 60-game regular season campaign today will be thrown by Dr. Anthony Fauci as the Washington Nationals face the New York Yankees at 7.08PM ET.

There is one immediate wrinkle in the MLB campaign as the Toronto Blue Jays still have nowhere to play with the Canadian government having banned teams entering the country to play them. 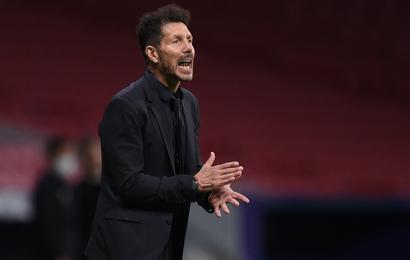