One week played, two rounds gone...the unstoppable Snowpiercer of soccer that is LaLiga smashes through the bounds of reality once again on Friday with three games to kick off yet another marvellous match day - number 30.

Just three teams have picked up two wins from two - Villarreal, Real Madrid and Barcelona. In the case of the latter pair, deeper squads and mightier benches are already making a difference. So far, neither side has shown any side of blinking in the title race. Barcelona still lead Real Madrid by two points.

On Thursday, Real Madrid passed a big test with a 3-0 victory against Valencia and a display that may have caused Ray Hudson to have accidentally destroyed part his home studio in a magisterial moment of ecstatic exaltation with double delight from Marco Asensio and Karim Benzema.

Friday sees Barcelona's toughest test so far with a visit down south to take on third-placed Sevilla in the Sanchez Pizjuan. Traditionally, it's a match-up where Barcelona have fared pretty well in the past.

Now this is what you call a title race... 🍿#LaLigaSantander pic.twitter.com/i7JSPXIzc3

Sevilla have lost seven of their last eight LaLiga match-ups against Barcelona. But this is the realm of The Upside Down now.

Lionel Messi could well be the player making headlines again. The Argentine is on the brink of another landmark having scored 699 goals for club and country. "Hopefully he will get that one in Seville and then many more," purred Barca boss, Quique Setien, ahead of the match.

Another focal point for Messi was the fact that the player had been in action for every minute of play so far in the restart. However, Setien says that he allows Messi to say when he needs a timeout to top up some energy. "For many years they've known the workloads they need. I have confident in Leo and three or four players who have that knowledge."

Coverage of Sevilla vs. Barcelona gets underway at 3:30PM ET on beIN SPORTS.

That match is preceded by the third team with a 100% record so far, Villarreal, at Granada. Coverage begins at 1PM ET while our Spanish sister service is bringing Mallorca against Leganes.

The Sports Burst live show will look ahead to all this and everything else at 12PM ET. Just head to our beIN SPORTS USA Facebook page or beIN SPORTS XTRA channel.

Kane and Pogba return to action in EPL restart

Elsewhere on Friday, Jose Mourinho will discover whether all that extra training he did with his Tottenham players during what was supposed to be a lockdown will pay off.

Spurs are hosting Manchester United and will have Harry Kane back in action, a player who has taken advantage of the shutdown to get back to fitness.

Another player who could be back in action after injury is Paul Pogba with United coach, Ole Gunnar Solskjaer in tremendously optimistic mood about what he might get out of the Frenchman in the games remaining in the Premier League.

"Now that he is fit and training and available, I can see from his mentality and focus, that he is ready to play again," chirped the Norwegian on a player who last featured in a game for United on the 26th December 2019, almost six months ago.

Cristiano Ronaldo's official proxy - his sister, Elma - has been mounting a strong defence of her brother after Juventus lost the Coppa Italia final to Napoli on penalties.

“That’s all there is, my darling can’t work miracles and do it all by himself… I don’t understand how they can play like this…" sighed Elma through the medium of social media before getting a little...weird. "Anyway, keep your chin up, but you can’t do it all, my King."

Moving on and Serie A returns on Saturday with Juventus next in action on Monday at Bologna holding a one point lead over Lazio in the Serie A standings.

Baseball restart tennis resumes on Friday. In the latest round of action, the MLB Players Association suggested a 70-match regular season, full prorated pay with expanded playoffs in 2020 and 2021. However, the plan was rejected by MLB commissioner, Rob Manfred. 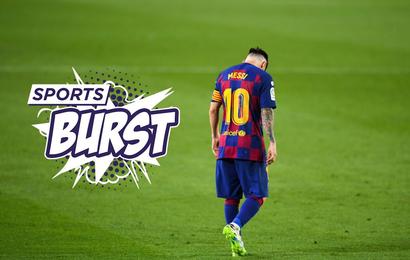 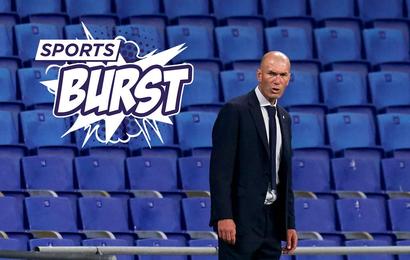 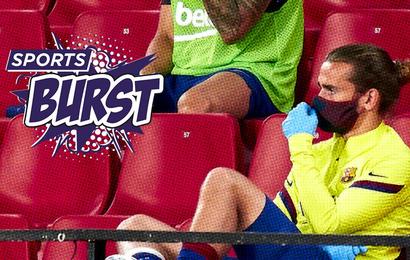 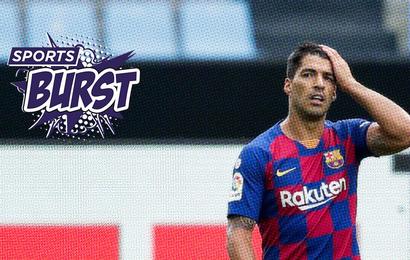 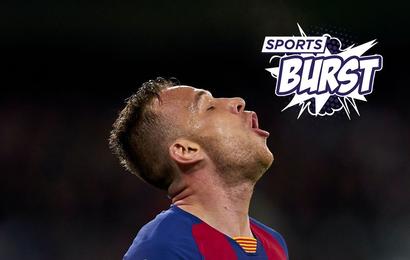 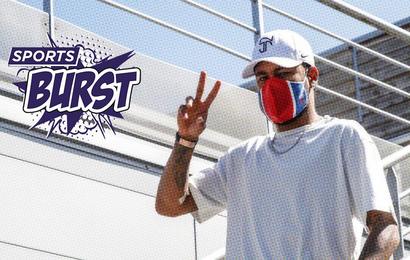