It's more than likely that Real Madrid will be lining up against Atletico Madrid on Sunday without a striker, or anything resembling a forward player in form.

As it stands on Friday, the appearance of Karim Benzema in the game is still up in the air. That's also the case with Eden Hazard.

Mariano Diaz is the latest footballer to fall injured and the Brazilian striking pair of Vinicius Junior and Rodrygo have just three goals in 34 league appearances this season. And those were all scored by the former. Isco and Asensio? Crickets from that direction too.

The best chance of a strike from Real Madrid still comes from a defensive midfielder in the form of Casemiro.

With all this attacking potential absent, the question remains on whether Diego Simeone will take advantage of Real Madrid's weakness in the Wanda, or fall to his love of battening down the hatches and hoping for the best.

Drop your prediction below 👇

That fallback plan has cost Atletico Madrid twice this season. In the first Madrid Derby of the season the Rojiblancos did a decent impression of a tortoise not just retreating into its shell but digging a fallout shelter to boot. That game was lost 2-0.

With that lesson not learned, Simeone went for the same approach in the Champions League, Last 16, first leg match against Chelsea where there was no attacking intent to be seen from Atletico despite the power on the pitch. The result? A 1-0 defeat.

If Simeone avoids losing to his instincts for the third time, Atletico have a solid chance of putting a crampon of desire into the league title summit. A win in the Madrid Derby would put Atletico eight-points clear in the standings and still with a match-in-hand to be played next Wednesday to extend it to 11.

The LaLiga title is there if Simeone wants it this weekend. But it's  big 'if'. The Madrid Derby is live on beIN SPORTS from 9:30AM ET on Sunday.

Barca await a pummeling in Pamplona

The Madrid Derby is just one half of the pie in the LaLiga title race this season. Barcelona are in action with the intent of taking advantage of one of their title rivals dropping points, or even both.

While an away trip against Osasuna might look a formality for Barcelona on Saturday, the reality is very different. In normal times, a trip to Pamplona against a notoriously rumbustious Osasuna team is normally bruising in every way imaginable. However, this particular Osasuna side is well rested, and in good form with three league wins from four.

Barca may have the form, but the team definitely isn't well rested after being dragged through the extra time mill by Sevilla in the an emotionally charged Copa del Rey clash that took Gerard Pique out of action for the next two to three weeks.

Osasuna vs. Barcelona - "a very dangerous game" warns our Jamie Easton in Spain - gets underway from 2:30PM ET on Saturday live on beIN SPORTS.

But that match is just one half of a huge weekend for Barcelona. Sunday sees the Barcelona presidential election taking place where the winner gets to deal with a $1.5 billion debt and be the one to handle Lionel Messi's future.

Tune into Sunday's Soccer XTRA where Hope Solo will join the team to look back on the Madrid Derby and potentially announce the name of Barcelona's new president.

Javi Gracia has to save Valencia job. Again

LaLiga gets underway on Friday with a barnstormer of a local derby between a Villarreal side starting to tank under Unai Emery and a Valencia team that has been tanking for some time thank you very much under Javi Gracia.

A loss in Mestalla on Friday could be another beginning of the end for Gracia whose future has been under review by the team's distant ownership in Singapore all week. Valencia vs. Villarreal is live on beIN SPORTS today at 3PM ET.

The Sports Burst live show will be all over the weekend to come with the Statler and Waldorf of beIN SPORTS - our Andres Cordero and Eric Krakauer - live on beIN XTRA at 11AM ET.

Next Sports Burst: Barca Go Back to the Future
Read 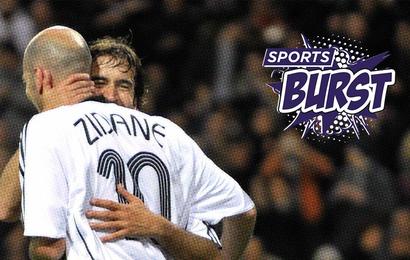 Sports Burst - Is Raul the Next Zidane?