It was the most super-human, logic-defying acts involving the word 'bicycle' since Lance Armstrong was tootling about the roads of France.

Cristiano Ronaldo's gravity-beating, overhead bicycle kick has pretty much won the week as far as the internet is concerned, unless Leo Messi decides to go around the entire Roma side twice before scoring a winner in today's Champions League battle.

From England's Peter Crouch to the footballer's direct equivalent in the US, LeBron James, everyone has been pondering how Ronaldo managed to jump about seven feet into the air to hook a ball into the back of the net and inspire Real Madrid to a 3-0 rout over Juventus.

It was an act that saw the home Juventus crowd rise to its feet with cries of 'bravo' and Wednesday's edition of Corriere dello Sport oozing over a 'work of art' on its front cover, despite the huge reversal suffered by the Italian champions.

Over in Spain, AS was asking Ronaldo 'what planet did you come from?' Unfortunately, the questions will still invite the response of 'Uranus' from Leo Messi fans. Ronaldo will need to score a lot more brilliant bicycle kicks to ever heal that particular divide even if figures such as King Zlatan himself admit that the goal was half decent.

If all predictions from the great football hive-mind come true then the three-goal tally racked up between Juventus and Real Madrid will be the same total scored in the opening five minutes of Wednesday’s Champions League quarter-final first leg clash between Liverpool and Manchester City. And that’s with good reason considering two English sides have racked up 163 goals between them in the Premier League this season.

Indeed, Pep Guardiola is promising that a footballing feast should be delivered with Manchester City not planning to withdraw its turtle head of sport into its shell of conservatism. "If I said to my players that we are going to do something different, to change how we play, they would look at me and think, 'This guy is scared.' They would say, 'The manager doesn't trust himself.'”

While Manchester City have been dominant in the EPL and can win the title on Saturday, there are strong claims for a Liverpool victory in the double-header. Liverpool are the only side to defeat City in the league this year, will have an incredible Anfield crowd behind them and the hottest player on the planet right now in the shape of Mohamed Salah. "This team, we need to be proud of the club's history but also create our own,” boomed Jurgen Klopp.

beIN SPORT is tickled pink to bring Liverpool against Manchester City to the good people of Canada. Coverage starts at 2PM ET / 11AM PT with our Phil Schoen and Ray Hudson on the call.

But let’s not forget Barcelona are also on the footballing agenda on Wednesday, in their own Champions League clash against Roma. The first half of a La Liga versus Serie A battle is underway – Serie A playing catch-up after Juve’s crash – in the Camp Nou.

Basically, if Leo Messi is out on the pitch, then Barcelona are arguably the most complete team in the world today. If not, then it is pretty much a Catalan version of Everton. Thankfully for Barcelona fans, it is the former today with Leo Messi fit as a fiddle after his debilitating injury that forced the forward out of Argentina duty last week. Indeed, Sergio Busquets is also expected to run after a recent lay-off with injury.

Actually, let’s not forget that there is a pretty huge game of football taking place in Italy too with the rescheduled Milan derby. For once, both sides are in fairly decent form. The visitors for the day, Inter, can move into third spot with a win and that’s a good bet considering the red-hot striking streak of Mauro Icardi who has scored six in his last two games.

However, the match has a make-or-break feel for Milan if the San Siro side has any lingering hopes of taking a Champions League spot next season and getting back some of the $250 million spent over the summer on players that have largely been flops. Tune into beIN SPORTS at 12:25AM ET / 9:25AM PT for the Milan derby. 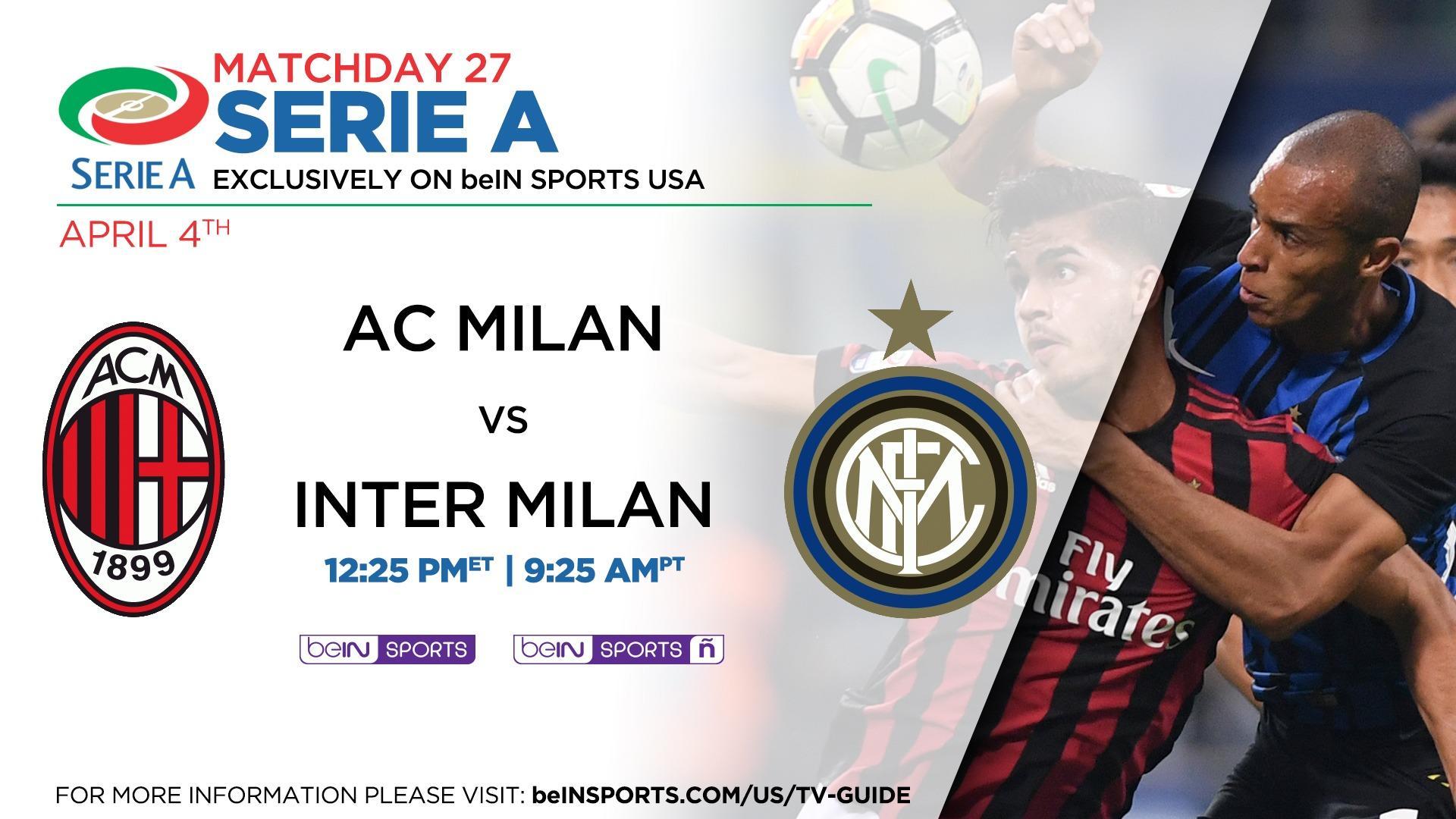 Next Sports Burst – The Try of the Tiger
Read