But there was one thing missing. Just one detail where Cristiano Ronaldo was lagging behind Lionel Messi. Not anymore!

Oh, happy days for the CR7 camp as now Ronaldo has joined his Argentinean rival by having his very own criminal record. The Portuguese scored an own goal in terms of his financial affairs on Tuesday when he admitted committing tax fraud while playing for Real Madrid and agreed to fine of $21 million and a suspended prison sentence of 23 months.

Ronaldo was in court in Madrid today - with a fair amount of media coverage tagging along - over a case concerning tax fraud of $16 million of image rights between 2011 and 2014. In receiving the punishment - and handily getting a sentence that won't require any jail time - Ronaldo joins an esteemed list of criminal soccer stars including a certain Leo Messi who was found guilty of tax fraud in 2017. Equal at last.

While Ronaldo was having a big day out in in his old stomping ground of Madrid, Barcelona busied itself with presenting its very surprising new signing, Kevin Prince Boateng.

Just a few days ago, the Ghanian-German was busy plying his trade for Serie A side, Sassuolo. But now the 31-year-old forward has joined Barcelona on loan with an option to buy as striking cover for Luis Suarez. The former Milan man joins an esteemed group of veteran super-sub strikers at Barca including Henrik Larsson and Eidur Gudjohnsen.

But let's think about Sassuolo for a moment. Apparently, the Italian side is now after Mario Balotelli as cover.

The rather complex multi-faceted deal featuring Chelsea, Atletico Madrid, Milan, Juventus and Genoa might see some movement on Tuesday. Gonzalo Higuain to Chelsea and Alvaro Morata to Atletico Madrid is all now hanging on Milan getting hold of Genoa's Polish striker, Kryzysztof Piatek. Let's see what the Sports Burst live show at 12PM ET / 9AM PT makes of that. Just head to our beIN SPORTS Facebook page for all the fun.

Busy day in the heady world of beIN SPORTS.

🏆👀 Ahead of the 2019 @Libertadores qualifiers getting underway on Tuesday, @jrstlouis takes a closer look at the six teams getting ready to scrap it out in stage one. https://t.co/YogWUijVW6

That game will be followed later in the day by the start of the network's exclusive coverage of the Copa Libertadores which kicks off with the qualifier between Delfin of Ecuador and Paraguay's Nacional Asuncion live on beIN SPORTS at 6:30PM ET / 3:30PM PT.

Elsewhere in the wide, wide world of soccer and the Coupe de France gets underway in its latest round on Tuesday. Thierry Henry's Monaco has a brand-new chance to disappoint against Metz on CONNECT from 2:45PM ET / 11:45AMPT.

The AFC Asian Cup wraps up the quarterfinal stage with Qatar taking on Iraq and Tottenham fans are hoping for a defeat for South Korea against Bahrein that would see Son returning to injury-hit Spurs.

A breaking news story and potentially a very tragic one. Argentinean footballer, Emiliano Sala was on a light aircraft which went missing over the Channel Islands – a group of islands in between France and England. The player was believed to be travelling to sign a deal with Premier League club, Cardiff City, from Ligue Un club, Nantes on Monday night.

French authorities confirmed that Sala was one of two people on board the Piper Malibu which lost contact with ground control. Searches are continuing throughout Tuesday for the missing aircraft.

Sala had just completed an $18 million deal with Cardiff are shining in this season’s Ligue Un campaign.

Next Sports Burst - Chelsea's New Choker In The Pack
Read 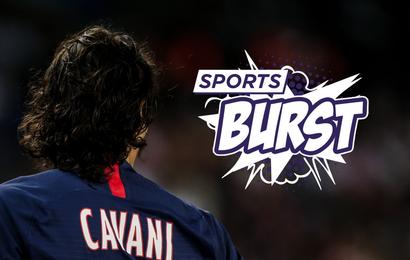 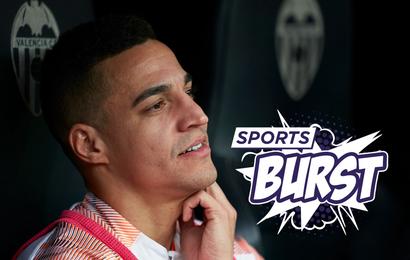 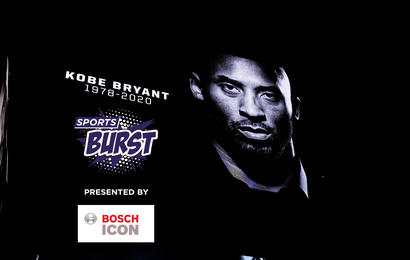