Considering how pear-shaped everything went for Barcelona last week with the bungled Ernesto Valverde firing and the appointment of the cow-watching Quique Setien, Monday's mood in Barcelona is considerably more tranquil.

Despite a squeaky, narrow 1-0 win over Granada in the Camp Nou on Sunday, the local press seems satisfied by what they perceive as fruitful signs of Setien reintroducing the concepts of what Barcelona do best: possession, patience, hundreds of sideways passes, but not that much to show for it at the end.

The other Monday quarterbacking in Spain is over the title race which is now back to two teams, after Atletico Madrid failed to turn up for an entire half of football in a loss against Eibar, as Diego Simeone himself complained. Barcelona and Real Madrid are now along at the top of the table with an eight-point lead over the Rojiblancos.

beIN SPORTS will be doing its own quarterbacking on Monday with Weekend Winners with Hope Solo at 7PM ET followed by Magisterial: The Ray Hudson Show at 7:30PM.

One of the most underperforming actors of the season so far has been the winter window transfer market. Like an Atletico Madrid season, so much promise, so much predictable disappointment.

An awful lot of teams seem to be milling around the shopping aisles checking out the BOGO deals, but few are taking the plunge. Instead, everyone should be a bit like Borussia Dortmund. The Bundesliga club snapped up Erling Haaland and the forward scored a 23-minute hat-trick on his debut.

That links wonderfully to two more teams in need of a striker. Manchester United are set to be without Marcus Rashford for six weeks with a stress fracture of his back, while Tottenham looks quite, quite lost without Harry Kane.

Blink and I'll be back, fitter than ever. See you soon 👊🏿 #GGMU pic.twitter.com/EejJR1wTrX

It's surprising then that no-one seems to be making a move for Olivier Giroud. The French striker was last seen heading in the direction of Inter Milan - whose Serie A campaign is grinding to a halt - but now could be going to Aston Villa, of all places.

One deal that actually looks like taking place is Inter finally picking up Christian Eriksen from Spurs. Thursday looks like being the day of delivery.

Monday's Sports Burst show presented by Bosch ICON will be all over the latest deals (and non-deals). Tune in to discover who the weekend's high-performance player in LaLiga was.

The first round of the Australian Open which began on Monday in Melbourne saw a repeat of the now-famous first round of last year's US Open - the oldest competitor in the tournament against the youngest. Venus Williams (38) against Coco Gauff (15). Mad, really.

In New York last year, the headlines were dominated by the youngster who beat Venus Williams and went on to become the sport's breakout star in 2019. Day one of the Australian Open saw the same result with a 7-6, 6-3 straight sets win for Gauff against an opponent who is 25 years older.

No such problems for Serena Williams who blasted through her first-round match against Anastasia Popotova 6-0, 6-3. World number one, Ashleigh Barty, also progressed to the next round in the women's bracket.

Roger Federer is through to the second round in the men's bracket along with US player Sam Querrey. 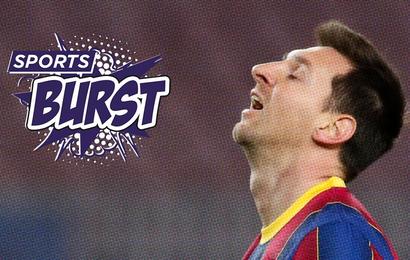